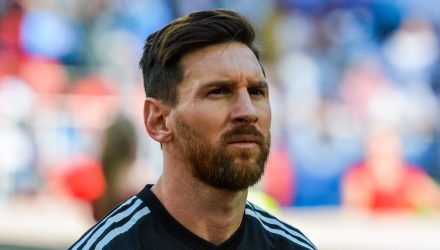 Lionel Messi, considered by many to be the world’s greatest-ever soccer player, has signed with Paris Saint-Germain (PSG). Part of his payment was made using cryptocurrency fan tokens, PSG has confirmed.

Messi, 34, signed a two-year contract with PSG, which includes an option to sign for a third year. The tokens included in his “welcome package,” aka his sign-on fee, were provided by Socios.com, PSG’s club fan token provider. While the club would not confirm the actual amount of the final financial deal or what was received in the fan crypto tokens, he was paid a “large number” of tokens.

Holders of the fan tokens buy into them and use them to vote on minor decisions within the football club. These tokens can be traded on exchanges just like any other cryptocurrency, and are subject to the same volatility that is inherent in crypto assets at present. The fans’ tokens and their popularity and prices often times have little correlation to on-field performance.

Several clubs within the league have launched tokens, including English Premier League champions Manchester City, as well as PSG and many others. PSG saw an uptick in trading of its crypto tokens once the move was announced.

“The hype surrounding the latest signings in the club’s busy summer transfer window created a huge surge of interest in $PSG Fan Tokens, with trading volumes exceeding $1.2 billion in the days preceding the move,” the club said. 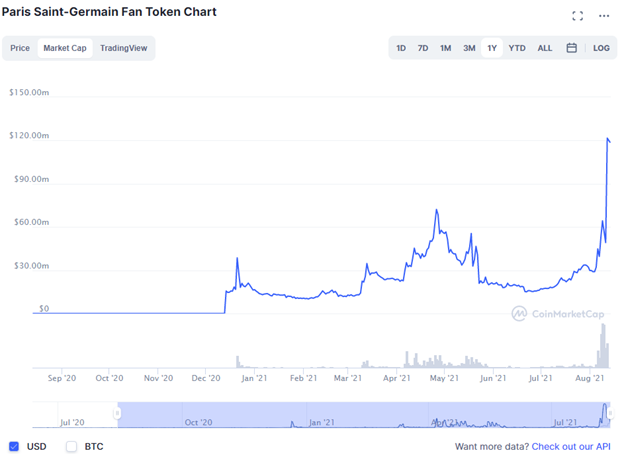 The PSG token currently has a market cap of roughly $120 million, according to CoinMarketCap, with almost 3 million of the 20 million token cap circulating in trades.

The growing popularity of cryptocurrencies is reflected in the 11,250 cryptocurrencies currently reported by CoinMarketCap. Popular tokens such as Bitcoin have been backed by Twitter and Square founder Jack Dorsey and Tesla co-founder and CEO Elon Musk.