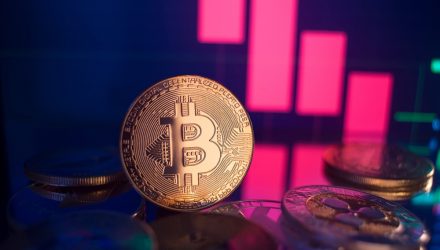 Mark Cuban Is Not Worried About Bitcoin’s Current Price

Staunch bulls aren’t too worried about bitcoin’s price right now. From the general markets’ perspective, the leading cryptocurrency has been floundering in sideways action for the past month or so, but this only presents opportunities for “Shark Tank” television personality and Dallas Mavericks owner Mark Cuban.

Bitcoin has been down 60% for the year after a bullish 2021 that saw it reach new highs. Bitcoin has been mostly following stocks and bonds amid rising inflation as well as interest rates, but while traditional assets have been seeing strength towards the end of 2022, bitcoin is caught in sideways price action.

Right now, bitcoin is trading just under $17,000, putting bullish investors on edge after it shot up to close to $70,000 over a year ago. However, Cuban isn’t worried — in fact, he’s hoping that it goes down even more to build his stake further.

“I want Bitcoin to go down a lot further so I can buy some more,” Cuban said during an interview on Bill Maher’s “Club Random” podcast, as reported by Decrypt.

“Gold is a store of value and so is Bitcoin,” Cuban said. “If everything went to hell in a hand basket and you had a gold bar you know what would happen? Someone would beat the f*** out of you or kill you and take your gold bar. It’s useless.”

Build Up Bitcoin Exposure Via Futures

Investors who are just as bullish as Cuban can build up a stake in bitcoin as well using futures. More specifically, this can be done using an exchange traded fund (ETF): the ProShares Bitcoin Strategy ETF (BITO).

BITO provides the gateway for investors who want crypto exposure to diversify their assets, but at the same time want to remain within a safe, regulated market. While the crypto market is growing and the government is looking into improving regulatory measures, BITO can give investors the regulated crypto exposure they desire.

Additionally, the fund is actively managed, giving investors the peace of mind of knowing that their investments are in the hands of seasoned portfolio managers. Bitcoin can be a volatile asset, and active management can make portfolio changes on the fly when market conditions warrant an adjustment.

BITO is an alternative to getting decentralized exposure without direct access to the asset. Given the current economic uncertainty and the recent fallout from the FTX collapse, now could be a good time to do so.