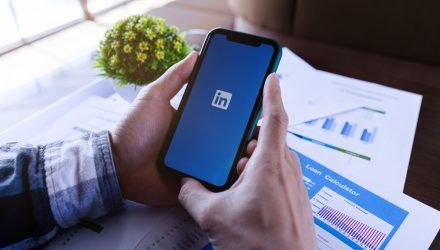 A byproduct of the cryptocurrency boom in 2021 was an increase in hiring for crypto-related jobs, according to data from LinkedIn.

The boom resulted in a 73% jump in hiring compared to two years ago. Compare that to traditional finance jobs, which actually posted a decline of 1% within the same two-year timeframe.

“For the finance industry, crypto’s appeal to younger professionals means fintech’s threat to the talent pipeline for big banks and asset managers will only continue to grow,” LinkedIn’s Devin Banerjee tells Fortune.

Wall Street saw a similar boom in the early 2000s of hiring quantitative talent just before the financial crisis in 2008. Now it appears the crypto industry is drawing from that same talent pool.

“The days when finance saw tech as a strategic asset ended with the ‘algo boom’ of the late 2000s, and since then, finance has seen tech mainly as a cost center, however huge, that must be cut down whenever possible,” says Stuart Popejoy, CEO of Kadena. “Crypto, on the other hand, is just starting to have the kind of flow to show up on finance’s radar, and the tech is still new enough that it is both strategic to the company to hire top talent, and attractive to developers as a challenge and learning opportunity.”

In terms of locational concentration, the majority of talent is flowing into tech-centric hubs like San Francisco and New York. However, other cities like Austin and Miami are seeing a rise in hiring as well.

“Both cities have been sucking in a tremendous amount of talent — with much of this talent leaving cities like San Francisco and, to a lesser extent, New York City and Los Angeles,” says Colin Zarzour, Head of Operations at Koii. “I do believe digital hubs are of shocking relevance, sometimes as much as cities — I manage a team split between the east coast of Canada, Chicago, Pakistan, Poland, and China, to list a few.”

“It’s fascinating that, specifically in crypto, sometimes what Discord you’ve joined or which Twitter Space you’ve been speaking in can shape your network as much as geographical hubs,” Zarzour adds. “That’s why I think even ‘non-hub’ cities should consider investing in quality public support for innovation and entrepreneurship, as you can’t be sure where the next unicorn will be developed in crypto.”