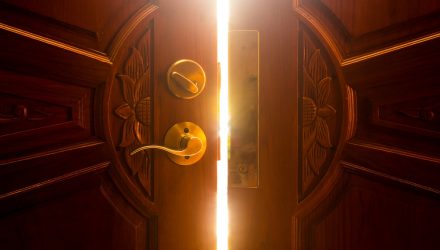 At this point in the U.S. bitcoin ETF cycle, a futures-based product coming to market shouldn’t be a major event, but it is in this case, because the Teucrium fund’s application was filed using the Securities Exchange Act of 1933, while established rival bitcoin ETFs came to market under the Investment Company Act of 1940, which applies different regulatory guidelines.

It’s possible that the SEC’s approval of the Teucrium product could open the door for one of the most widely awaited events in recent ETF industry history: the conversion of the Grayscale Bitcoin Trust (GBTC), which is currently structured as an index fund, to a spot bitcoin ETF.

Grayscale CEO Michael Sonnenshein believes that the GBTC conversion effort will be bolstered by the SEC’s approval of the aforementioned Teucrium fund.

Sonnenshein added that the SEC now has a weaker argument for denying spot bitcoin ETFs on the basis of differing protections between the “’40 Act” and the “’33 Act,” noting that GBTC’s conversion would fall under the purview of the ’33 Act rules.

Importantly, there could be benefits for existing investors if GBTC becomes an ETF. Index funds, regardless of the asset class tracked, only transact at one price throughout the day — the closing price. That can lead to some of these products trading at premiums and discounts relative to the net asset value of the asset the fund is providing exposure to.

For example, if GBTC consistently trades at a discount to spot bitcoin prices, investors will be left with subpar returns relative to those provided by owning the cryptocurrency in a digital wallet or through a brokerage account.

The all-day trading (during traditional market hours) and liquidity offered by ETFs can ameliorate that scenario, indicating that GBTC becoming an ETF could help investors — something the SEC says is part of its broader mission.