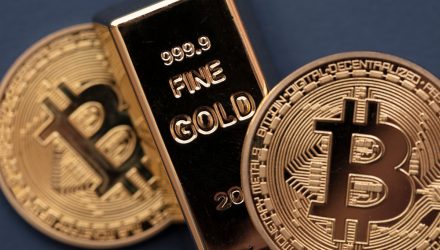 Is Bitcoin the New Go-To Inflation Hedge Over Gold?

Bitcoin has had quite a week with the debut of an ETF and a new all-time high, but is gold ready to give up its crown as the ideal inflation hedge to the leading digital currency?

The comparisons between the two have been ongoing as bitcoin continues to gain more acceptance in the traditional finance world. The big fish in a small cryptocurrency pond is now swimming in a deep sea of assets it must compete with for market share after the Securities and Exchange Commission (SEC) green-lit a bitcoin ETF.

Even before then, the comparisons of bitcoin to gold were already being thrown around by crypto and traditional finance pundits alike. Bitcoin could serve as its own storage of value, earning its own “digital gold” namesake.

Rising consumer prices certainly put inflation hedging as a top-of-mind concern in the capital markets. One of the go-to assets is gold, but with the way bitcoin has been performing as of late, the leading cryptocurrency could supplant the precious metal as the ideal inflation hedge.

“JPMorgan strategist Nikolaos Panigirtzoglou wrote in a note to clients that there’s been a shift from gold ETFs into bitcoin funds since September, and there are already existing vehicles for investors to gain bitcoin exposure; the bank sees this shift in flows being bullish for bitcoin into year-end,” a CoinDesk article notes.

Not So Fast, Bitcoin

Nonetheless, it’s difficult to deny gold’s track record that dates back to yesteryear — far back into yesteryear, to be exact. While bitcoin has been the digital darling in recent times, gold has withstood the test of time.

“Gold has been a store of wealth and a medium of exchange for thousands of years and has stood the test of time,” says Hamad Ebrahim, head of research at Global Palladium Fund, a specialist provider of physical metal ETCs.

“It is certainly interesting to hear that investors are piling into Bitcoins as an inflation hedge, however it is worth remembering that Bitcoins have only been around for just over a decade which pales in comparison to Gold’s history as a medium of exchange going back to 550BC,” Ebrahim adds. “Bitcoins are a very exciting development; however, investors need to remember that they do come with regulatory risk. Central banks all over the world have been growing their gold reserves since the GFC and have added over 1000 tonnes in the last 3 years. If governments all over the world are buying gold to ‘protect’ themselves, what does that tell you?”

In essence, gold isn’t quite ready to give up its crown as the go-to inflation hedge.