You are at:Home»Crypto Channel»In an Effort to Reduce Emissions, Exxon Is Looking at Bitcoin 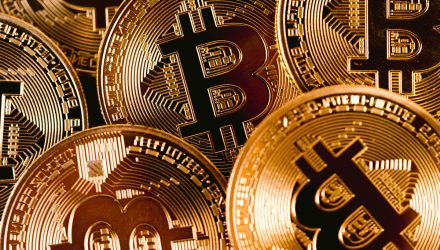 In an Effort to Reduce Emissions, Exxon Is Looking at Bitcoin

One of the biggest players in the energy sector, ExxonMobil, appears to be entering the crypto space with a pilot project that will focus on bitcoin mining, according to a CNBC report.

The report notes that the pilot project will include mining activities in North Dakota, and ExxonMobil will enlist the help of a Denver-based company, Crusoe Energy Systems. It’s not the first major oil company that’s been taking on a similar endeavor.

“Similar to ConocoPhillips’ mining scheme in North Dakota’s Bakken region, Exxon is diverting natural gas that would otherwise be burned off into generators, which convert the gas into electricity used to power shipping containers full of thousands of bitcoin miners,” the CNBC report says. “Exxon launched the pilot in late January 2021 and expanded its buildout in July.”

The goal of the project isn’t to cash in on bitcoin, but to focus more on ExxonMobil reducing its carbon footprint. The CNBC report notes that the crypto mining project could help reduce emissions by over 60%.

News of the project comes just as bitcoin’s price has risen 16% higher over the past month. Another way that investors can play the leading cryptocurrency’s recent strength is the ProShares Bitcoin Strategy ETF (BITO), which is up about 14% year-to-date.

Russia May Accept Bitcoin for Oil and Gas

Speaking of oil, a BBC News article notes that Russia is mulling over the idea of accepting bitcoin for oil and gas. The potential move comes as the local currency, the ruble, has lost much of its value since Russia’s invasion of Ukraine.

Looking for alternate ways of payment, such as cryptocurrencies, seems like an ideal move as rampant global inflation continues. There is one caveat: Only “friendly” countries as deemed by Russia are allowed to use bitcoin to pay for energy exports.

Obviously countries involved in sanctions against Russia are tagged as “unfriendly.” China and Turkey, for example, are considered “friendly” countries.

“Russia is very quickly feeling the impact of unprecedented sanctions,” said David Broadstock, a senior research fellow at the Energy Studies Institute in Singapore. “There is a need to shore up the economy and in many ways, Bitcoin is seen as a high growth asset.”