You are at:Home»Crypto Channel»How and Why Crypto Exchanges Fake Trading Volumes 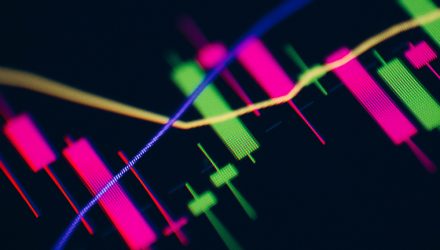 How and Why Crypto Exchanges Fake Trading Volumes

A slew of recent articles has demonstrated that the issue of crypto exchanges faking trading volumes is not going anywhere.

The problem has been apparent since Bitwise Asset Management published a report showing that 95% of volumes reported by BitcoinExchanges on data aggregator CoinMarketCap were fake.

The false volumes were reported to CMC by the exchanges in order to exaggerate the size of the Bitcoin market.

Even before that, in 2018, trader and investor Sylvain Robes revealed that 93% of the trading volume on China-based exchange OKEx was fabricated based on the “slippage,” or price change, when a sale of $50,000 of cryptos was made.

He later went on to estimate that 81.2% of trading volumes on Huobi, another China-based exchange, were fabricated. Binance, one of the largest trading platforms globally, has similar “slippage,” indicating similar levels of fake trading volumes.

A recent Coindesk report featured a Russian college student who has set up a business that essentially helps exchanges fake their trading volumes by creating accounts manned by bots that trade constantly amongst themselves.

Additionally, a recent Bloomberg report showed anomalies in the trading volume of Bitforex – a Singapore-based crypto exchange that has an incentive program linked to transaction fees.

Users are offered $1.20 in digital tokens for every $1 of transaction fees. Users on the exchange used a similar scheme of multiple accounts and bots to increase trading volume, earning users tokens and Bitforex an impressive trading volume.

In the U.S. such “wash trades” on crypto exchanges are already under investigation by the Justice Department.

Exchanges faking their trading volumes can be caught, however, because there is no correlation between the number of website visits a site receives and the trading volumes the exchanges report.

Higher trading volumes do two things. One, they stabilize the crypto market by helping to avoid drastic changes in a crypto’s price after a major sale.

Two, trading volumes ideally indicate the trustworthiness of a crypto exchange. If lots of people are using an exchange to trade something, both the exchange and the commodity itself are seen as more trustworthy.