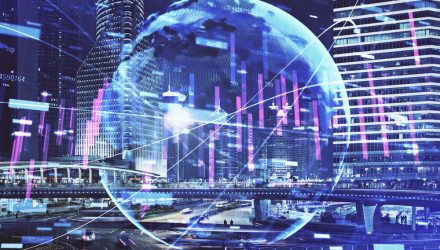 Global regulators are putting cryptocurrencies under the microscope, potentially outlining a worldwide framework of rules governing the new financial tool.

The Financial Stability Board, a group of regulators, central banks, and finance ministry officials from the G20 economies, is working on rules and regulations to address the Wild West aspect of cryptocurrency markets, Reuters reports.

There are uneven rules when it comes to cryptoassets across the world. For example, some countries have an outright ban on bitcoin, while others give the crypto markets free rein even though the cryptocurrencies are traded by international firms and players.

Some have already taken steps to regulate the nascent market. For instance, the European Union is approving comprehensive standards for authorizing and supervising participants in crypto markets.

Robert Ophele, chair of France’s markets watchdog AMF and a member of the FSB, noted that regulators are using a “universal basic principle” of rules that would be applied to similar risks.

“I do expect that for some of them, we do have international regulatory convergence… primarily stablecoins and digital asset service providers,” Ophele told a webinar held by Afore Consulting.

Ophele argued that regulators did not initially look at cryptoassets because the market was previously small and niche, which did not threaten financial stability, but it has since become a priority.

“I do think we could achieve, deliver on these issues in the next few quarters… the FSB is going full steam on this issue,” Ophele said.

Regulators have been trying to adapt and update their approach for an increasingly digitized age of communications, with the widespread use of social media and smartphones among investors.

EU securities watchdog ESMA is looking into so-called “finfluencers,” or social media influencers who give out stock tips without providing their credibility, chair Verena Ross said on the same webinar.

“The current structure is no longer fit for the purpose with the development of cross-border digital market activities,” Ophele added.