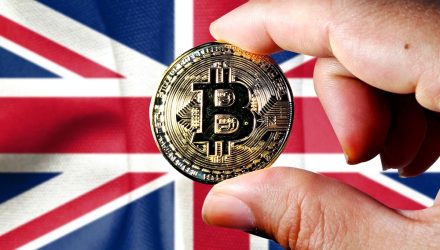 More often than not, blockchain can be confused with cryptocurrencies, given that it serves as their technological foundation. However, they can operate as separate technologies with blockchain serving its own distinct purpose and functionality.

According to The Guardian, Johnson was effusive in his praise for blockchain during an industry conference, noting that it opens up various opportunities.

“In his speech, the former prime minister suggested the advent of blockchain was full of possibilities and appeared to compare it to major technological innovations such as the invention of fire, the railways, and the internet,” The Guardian reported.

Johnson’s comments came after the recent the collapse of cryptocurrency exchange FTX. Given this, Johnson said in the Guardian Report that regulation in the crypto world is necessary and supporters of digital currencies “have to convince people that their use cases are real and work for them in their lives, opposed to this being about speculation and a new type of financial market or instrument.”

A Growth ETF Opportunity in Blockchain

Johnson’s comments regarding the possibilities of blockchain can be encapsulated in an investment opportunity. Take a closer look at the Amplify Transformational Data Sharing ETF (BLOK).

BLOK features an active management strategy that can flex with the market’s movements by putting holdings in the hands of seasoned portfolio managers. BLOK adds diversified exposure and cryptocurrency exposure without investing in the currencies themselves.

Given blockchain’s increasing adoption overseas, getting global exposure adds a touch of diversification to portfolios. BLOK does just that by looking at opportunities outside the U.S.

While the majority of the fund (75%) contains holdings in North America-based companies, the fund also diversifies with holdings in Western Europe and Asia-Pacific, investing in companies utilizing and developing blockchain technology, the technology behind cryptocurrencies like bitcoin. This allows the fund to gain exposure to growth opportunities abroad where this technology can be utilized to its fullest extent.