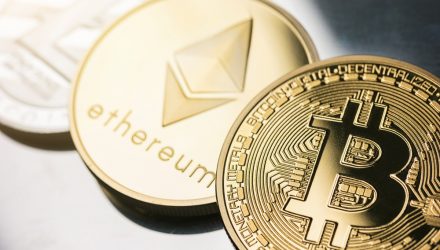 In the wake of the widely anticipated, just-completed Ethereum merge, some crypto market observers believe there is increasing pressure on bitcoin miners to prioritize environmental sustainability, including elevated adoption of renewable energy.

Should that move come to fruition in earnest, it would have potentially positive implications for an assortment of exchange traded funds, including the Invesco Alerian Galaxy Crypto Economy ETF (SATO). SATO’s 42 holdings include several of the most notable names in cryptocurrency mining, confirming the ETF is relevant in this conversation.

“In a Thursday notice following the Merge, the United States-based Environmental Working Group, or EWG, announced it would be starting a $1-million campaign aimed at urging Bitcoin (BTC) to go green as opposed to using an outdated protocol’ like PoW. The announcement came amid environmental activity group Greenpeace launching a petition directly at Fidelity Investments to facilitate the transition to PoS,” reported Turner Wright for Coin Telegraph.

For those not familiar with crypto lingo, “PoW” refers to “proof of work,” while “PoS” is the abbreviated version of “proof of stake.”

In simple terms, proof of stake is viewed as the more environmentally sound option, and with Ethereum — the second-largest digital asset by market value — making that move, there’s pressure on bitcoin to do the same.

“Many U.S. lawmakers have targeted major Bitcoin miners, with members of the House Energy and Commerce Committee requesting in August that mining firms provide information including the energy consumption of their facilities, energy sources and what percentage came from renewables. At the state level, New York has proposed imposing a two-year moratorium on PoW mining, legislation that would also prohibit the renewal of licenses to existing companies unless they were operating on 100% renewable energy,” according to Coin Telegraph.

Those actions aren’t falling on deaf ears, as some SATO components are displaying willingness to embrace renewable energy. Some were doing just that prior to the Ethereum merge.

Some investors may not be prioritizing those issues, but for the pure capitalists out there, SATO member firms reducing dependence on fossil fuels and increasing consumption of renewables could accrue bottom line benefits over time.

vettafi.com is owned by VettaFi, which also owns the index provider for SATO. VettaFi is not the sponsor of SATO, but VettaFi’s affiliate receives an index licensing fee from the ETF sponsor.