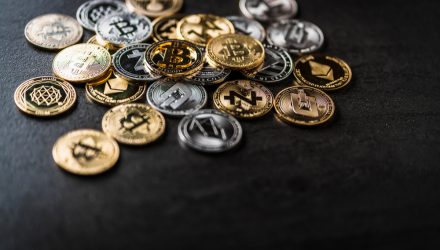 Yesterday’s cryptocurrency flash-crash wiped out $400 billion, with the digital currency hitting a low of $42,900. The crash occurred despite the news that El Salvador would become the first country to accept bitcoin as legal tender.

The chief instigator of last night’s cryptocurrency buckle might have been the SEC, which threatened to sue Coinbase if the company launched a digital lending product. In a blog post, Coinbase Chief Legal Officer Paul Grewal said, “Despite Coinbase keeping Lend off the market and providing detailed information, the SEC still won’t explain why they see a problem.”

SEC chair Gary Gensler has been under pressure to rein in crypto-related scams. Last month, in an interview with Financial Times, Gensler said, “At about $2 trillion of value worldwide, it’s at the level and the nature that if it’s going to have any relevance five and ten years from now, it’s going to be within a public policy framework. Talk to us, come in.” Despite Gensler’s invitation, Coinbase CEO Brian Armstrong noted on Twitter yesterday that the SEC has refused to meet with them.

Even with the increased volatility of the crypto space, the VanEck Vectors Digital Transformation ETF (DAPP) has remained relatively level and is even up a modest .81% over the past five days. This is likely due to the fund’s lower than expected correlation to cryptocurrency price and a greater focus on companies geared towards digital infrastructure. Coinbase accounts for 8.22% of DAPP’s holding, but the fund also has holdings in companies like Square Inc.

As cultures and economies begin to ingest cryptocurrencies around the world, stumbling blocks are likely. Yesterday Kim Kardashian urged her Instagram followers to sign up for Ethereum Max Community, prompting a reaction from Charles Randell, head of the U.K.’s Financial Conduct Authority. Cryptocurrency has continued to grow, even as regulators have struggled to figure out best practices in folding them into public policy.