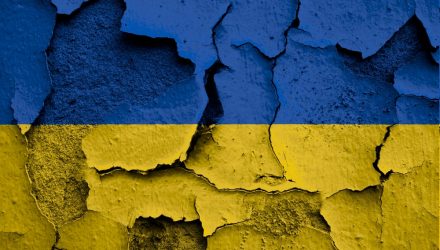 An outpouring of support for Ukraine following an invasion by Russia is going into a Ukrainian nongovernmental organization providing support to the armed forces. The organization, known as “Come Back Alive,” is seeing an influx of bitcoin donations.

According to a CNBC report, data from blockchain analytics firm Elliptic reveals that nearly $400,000 in bitcoin was sent to support the Ukrainian armed forces within a 12-hour window. In the meantime, bitcoin prices were rising off another spate of sell-offs that saw the leading cryptocurrency dip as low as $34,000 last week.

Since then, prices have recovered, heading up to $40,000 by early Friday evening. It was a week of heavy volatility as both the equities markets and the crypto markets were whipsawing with major price swings.

Despite the market movements, the focus has been on bitcoin as a medium of exchange during the Russian-Ukrainian crisis. Activists are using cryptocurrency in a variety of ways to support the Ukrainian army, including supplying them with funds to purchase military equipment, medical supplies, military intelligence, and drones.

“Cryptocurrency is increasingly being used to crowdfund war, with the tacit approval of governments,” said Tom Robinson, chief scientist of Elliptic.

The influx of bitcoin to support Ukraine comes after the country legalized cryptocurrencies just recently with the passage of a bill through the Ukrainian parliament. According to a Protocol report, the country is blazing paths for crypto — even more so than their invading neighbor Russia.

According to the Global Crypto Adoption Index by Chainalysis, Ukraine ranks fourth, proving that it can be one of the main crypto hubs on a global scale. India, Vietnam, and Pakistan round out the top three.

While it opens up opportunities for existing businesses that once operated in a gray area with cryptocurrency usage, Ukraine hasn’t gone full bore like El Salvador by adopting bitcoin as legal tender. Nonetheless, it’s another step forward for global adoption of cryptocurrencies.

“Market participants will receive legal protection and the opportunity to make decisions based on open consultations with government agencies,” Ukraine Deputy Prime Minister and Minister for Digital Transformation Mykhailo Fedorov said in a statement.