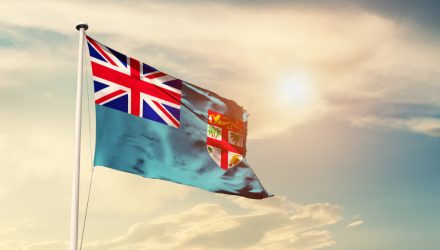 Fiji Could Be Fantastic for Bitcoin Adoption

El Salvador is a case study in the potential turbulence a country can face when allowing bitcoin to be used as legal tender. Most of that criticism centers around two factors: low bitcoin use in the Central American country and the cryptocurrency’s massive price decline 2022.

However, adoption of bitcoin as legal tender remains a potential catalyst for bitcoin’s longer-ranging usage case, and while larger developed countries may not embrace crypto as legal tender, it’s also worth noting that Brazil — Latin America’s largest economy — recently approved bitcoin as a form of payment.

Fiji could be the next country to mull bitcoin as legal tender. Newly elected Prime Minister of the Pacific Islands of Fiji Sitiveni Rabuka is a bitcoin supporter, and while he hasn’t overtly said that national adoption of bitcoin in the country is a high priority for his administration, other politicians in the region believe that Rabuka could pursue some pro-bitcoin ideas.

“Now, Fiji could be next in bringing BTC under its definition of legal tender. Lord Fusitu’a told Cointelegraph that Fiji’s new Prime Minister ‘asked to meet with me which we did via zooms since last year to walk him through step by step, how he could adopt bitcoin legal tender,’” according to Bitcoin Magazine.

While Fiji and Tonga combine for a population of just north of 1 million — likely not enough to spur significant price action in the digital currency — the countries have other avenues for potentially being positive contributors to the bitcoin ecosystem. Those include mining and accepting bitcoin as a form of remittance, or cash entering the countries from other jurisdictions.

Remittances are major drivers of both countries’ GDPs, indicating that if both Fiji and Tonga further embrace bitcoin, it could be a positive for the broader digital assets space. Additionally, both nations represent eco-friendly destinations for crypto mining activity.

“When it comes to mining, both countries can take advantage of their geology. Being volcanic islands, there is a lot of opportunity to experiment with and profit from bitcoin mining. Moreover, Fiji also boasts significant hydro capacity,” concluded Bitcoin Magazine.