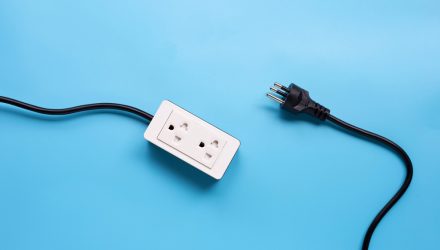 With its eyes squarely on building out its metaverse community, Facebook appears to be pulling the plug on its ambitious cryptocurrency venture.

Dubbed “The Diem Association” and launched as Project Libra in 2019, it was Facebook’s attempt to help bring cryptocurrencies to the forefront. However, it looks like the crypto market didn’t need the venture after all, considering a bullish 2021 that saw leading cryptocurrencies bitcoin and ether reaching all-time highs.

“The Diem Association, the consortium Facebook founded in 2019 to build a futuristic payments network, is winding down and selling its technology to a small California bank that serves bitcoin and blockchain companies for about $200 million, a person familiar with the matter said,” the Wall Street Journal reports.

The consortium had the right idea, particularly with its focus on stablecoins. The announcement comes at a time when the crypto markets have been volatile amid global sell-offs, prompting the need for stablecoins that offer fewer price fluctuations in a still-nascent cryptocurrency market.

“The bank, Silvergate Capital Corp., had earlier reached a deal with Diem to issue some of the stablecoins—which are backed by hard dollars and designed to be less volatile than bitcoin and other digital currencies—that were at the heart of the effort,” the report adds.

Ambitious as the project was, it was largely met with derision on Capitol Hill. Echoing the sentiment of the Securities and Exchange Commission (SEC), Congress and the Federal Reserve were skeptical about the safety of crypto markets.

“Officials voiced concerns about its effect on financial stability and data privacy and worried Libra could be misused by money launderers and terrorist financiers,” the WSJ report says. “Federal Reserve Chairman Jerome Powell said the central bank had serious concerns. Early backers dropped out, and Mark Zuckerberg was called before Congress, where he defended Facebook’s plan to bring financial services to the world’s underbanked.”

Focusing on the Metaverse

With the cryptocurrency project winding down, Facebook can now allocate more company resources to its metaverse project. Rebranded under the parent company Meta, the online social media giant is looking to build an online community steeped in virtual reality-like technology.

Meta is already exploring the use of supercomputers to help build out its metaverse. According to a MarketWatch report, the computer is already in testing mode — dubbed the AI Research SuperCluster (RSC).

“We hope RSC will help us build entirely new AI systems that can, for example, power real-time voice translations to large groups of people, each speaking a different language, so they can seamlessly collaborate on a research project or play an AR game together,” Meta writes in a blog post.