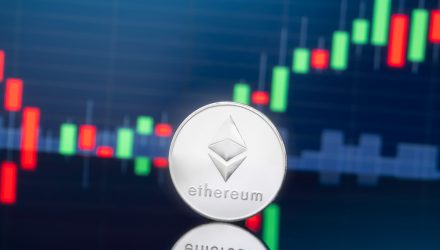 Ethereum Has Merged: What Does It Mean for Crypto and Investors?

The massive and highly anticipated merge of the Ethereum network, the second largest blockchain globally, has finally happened. It’s one of the largest evolutions of a blockchain network as Ethereum moves to a drastically less energy-intensive model while creating the ability to generate yield for ether (ETH) holders.

The upgrade has been in the works for years and has been delayed several times as developers worked to ensure it would be a smooth transition. Initial concerns that a portion of users of the network would divert and attempt to maintain a fork that ran on the original proof-of-work system, an inherently energy-intensive way of mining and creating new ether, were waylaid as the transition had an almost 100% client participation rate according to CNBC.

Ethereum has moved to a proof-of-stake model that is at least 99.5% (some estimates put it around 99.9%) more energy efficient than the proof-of-work model. Proof-of-stake relies on validators to verify transactions happening on the network as opposed to miners. Validators use their current ether holdings as leverage to mint new ether and to verify transactions. It’s been touted as a more sustainable and secure model. It comes at a time when the Biden administration is drilling down on the environmental dangers of proof-of-work networks.

“I think the merge can genuinely get those people who were interested in Ethereum, but skeptical of the environmental impacts, to come and experiment with it,” Tim Beiko, an Ethereum Foundation developer, told CoinDesk.

What’s more, holders of ether now have the potential to capture returns on their holdings as ether now behaves more like a traditional financial asset and offers a certificate of deposit that can generate interest.

“Ether itself becomes a productive asset,” said Danny Ryan, a core developer working on the merge, in an interview with CNBC. “It’s probably the lowest risk-return inside of the Ethereum ecosystem.”

Those tokens are likely to increase in value and become deflationary in the upcoming weeks and months as the supply has been cut significantly in the merge with validators minting new ether at substantially slower rates and having to set the tokens they use (at least 32 ETH) to validate transactions outside of circulation for a set period. Investors hope this lock-up requirement alongside the burning the network has been doing of ether tokens since August 2021 will increase the price of ether over time as supply is reduced.

Moving to the proof-of-stake model also comes with security advantages and upgrade potential that is desperately needed for the network to stay on trend. Previously, a 51% attack on the network in which a group of users that control 51% or more of the cryptocurrency force a change (or fork) to the blockchain, weaponizing it to their advantage and altering the blockchain itself. The new system makes it easier to bounce back from such attacks because the system severely financially punishes these bad actors.

“Because that economic asset is inside of the protocol, you get much better recovery mode, so you end up with a better kind of security profile,” Ryan explained, because the network reduces the stake of bad actors.

The merge won’t immediately make the entire network more scalable or faster, or even cheaper for its participants, but the proof-of-stake model will easily enable upgrades that will keep the network competitive.

“More scalability, more ability to process user transactions is coming online in parallel through layer two constructions called roll-ups, but the scale is not being enhanced at the core protocol itself,” Ryan said, explaining that those will be future upgrades.

Ethereum prices were down 5.31% in midday trading, an anticipated drop coupled with a drop in tech stocks, and while the hope is that the network upgrade will drive up the value of ETH long-term, the cryptocurrency remains driven by the macroenvironment that has squeezed the crypto industry hard this year.

A Financial Industry Perspective on the Merge

Ethereum’s merge is likely to have broad-reaching impacts going forward for the crypto industry and what it means from a financial asset perspective. Dan Weiskopf, lead ETF strategist for the ETF Think Tank and co-portfolio manager of the Amplify Transformational Data Sharing ETF (BLOK) at Toroso Asset Management, lent his thoughts on the network upgrade.

“The Merge reminds me of the drama behind Y2K – the moment when all the computers might shut down because the computers would all fail to recognize the change between 1999 and 2000. Simply, put – a great deal of drama and a lot of work behind the scenes,” Weiskopf explained. “Congratulations to all the programmers who behind the scenes worked so hard. Consensus is not an easy thing to manage!”

“However, the seamless accomplishment of executing the Merge is important in that it will increase the efficiency and use case for Ethereum and reduce energy consumption by almost 100%. Most importantly, it should help build confidence in the system,” Weiskopf said. “Operationally, our hope is that now that this catalyst is behind us the utility value of Ethereum will be more evident which in turn will further accelerate the adoption of blockchain as a technology. What the implications are across different industries has yet to be seen, but we are quite excited that the Ethereum platform will be more embraced as a result.”