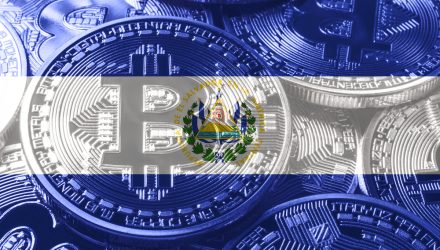 El Salvador, the first country to adopt Bitcoin as legal tender, will not tax foreign investors who make profits on Bitcoin, according to France24, which cited Agence France-Presse.

Javier Argueta, legal advisor to El Salvador’s President Nayib Bukele, told AFP that “if a person has assets in bitcoin and makes high profits, there will be no tax.” The goal, Argueta said, was to “encourage foreign investment.”

Officials in El Salvador have championed cryptocurrency as a way to increase access to banking and decrease the cost of remittances sent into the country by citizens living abroad, usually to family members.

More than a fifth of El Salvador’s GDP comes from remittances. President Bukele has said that decreasing the cost of remittances could introduce billions into the country’s economy. Recent studies, however, have indicated that this may not be the case.

Many have expressed concerns that El Salvador’s Bitcoin experiment could backfire. Bitcoin remains a volatile asset, and its adoption has largely been as a speculative investment rather than a currency for everyday transactions.

Others worry about Bitcoin being used for money laundering and terrorist financing, although Argueta has said that the digital wallets being used by Salvadorians include the “relevant mechanisms” to trace transactions and catch illegal uses of the currency.

Chivo, the digital wallet Salvadorians can use with zero commission fees, had technical issues upon launch. The issues are now 95% fixed, according to President Bukele. However, some users are still reporting low functionality, Cointelegraph reported.

Chivo was created in partnership with Mexican crypto exchange Bitso and Silvergate Bank. According to Cointelegraph, Bitso has declined to comment on the Chivo wallets issues as it is not involved with the app’s frontend development.