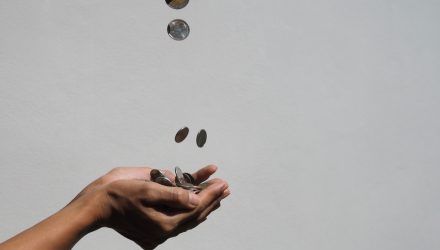 Wiandt kicked off by asking the panel, “What’s the big idea of what’s going on this year?”

Nadig said he had five things he was tracking, but if he had to pick one thing, it would “this ridiculous fight we’re having about what ESG is, whether it’s good or bad.” One of the biggest criticisms of ESG from its detractors is that ESG “boycotts energy companies,” a demonstrably false claim, according to Nadig. “People on the other side of this argument are making a lot of disingenuous claims about ESG.”

Wiandt sees it as unfortunate that ESG is becoming politicized, and the panel at large wondered if ESG as a term can survive. Trying to dig into what it truly is, Wiandt said, “It’s a reframing around innovation and an opportunity for innovation.” The group discussed how ESG is a broad category that essentially drives innovation, which Wiandt sees as a positive.

“At the end of the day, I think U.S. investors are really focused on performance,” Murphy said, speculating that some investors see ESG as untethered to or even in opposition to performance.

As for the big ideas Hougan was tracking, he said, “The two things that stand out to me are the massive capitulation of mutual funds. The other thing is the rise of active.” Mutual funds are effectively going away in favor of ETFs, which are a more efficient vehicle. Active, meanwhile, has taken a non-trivial slice of the pie. “I still think direct indexing is the only solution that works for ESG,” Hougan remarked.

Murphy said she had a lot of “little ideas” instead of one big idea. The notion of ETFs as a service is striking to her, and she noted that single-stock ETFs play into this idea. “I am going to hate having to write about every single one,” she quipped, continuing, “as an innovation, I think it is really interesting.”

Single stocks sparked some division in the panel, with Nadig being skeptical about some aspects of these products. “Every one of these things has an opportunity to misprice,” Nadig said, noting that thousands of single-stock products are thousands of opportunities for errors.

Wiandt pivoted to blockchain, remarking, “Way more interesting to me than crypto assets is investing in companies that will transform trading systems.” He wondered if it would take five or 10 years for the transformation to truly become substantial.

Hougan thought that five years was unlikely, but said he believed it was highly possible in about a decade. “I think the derivatives markets will be the first to change.”

Nadig noted that the regulatory issues are standing in the way. “That ability to tokenize your beta exposure and have smart contracts and roll those up in your portfolios — that’s clearly the future.”

Wiandt said he views ETFs and blockchain both as tools of efficiency which have changed the user experience of investors. Hougan says you can see it in crypto, which trades 24/7/365 around the globe. “You don’t have things like captive capital,” he noted. Hougan wondered if asset management companies become purer IP companies.

Jumping from that idea, Nadig imagined a world where smart contract-based asset management could turn everyone into an asset manager, with influencers taking an increased role.

The hesitancy around regulating crypto, Wiandt said, comes from fear of unintended consequences. “It’s like a Pandora’s box and being worried about opening this box.”

“I don’t think the government knows how to regulate something new like crypto,” Hougan said.

Pondering the obstacles to regulation, Nadig said, “I think crypto is changing at a faster cycle rate than regulation is possible.” He speculated that when regulation comes for crypto it will regulate “2015’s version” of crypto.

Hougan likened it to the early stages of the internet. “In the early days of the internet, they didn’t tax sales,” which he saw as intentional, a deliberate choice to let the disruptive technology blossom and make the regulatory needs clearer.

In the short term, Hougan is concerned about regulatory overreach and rising interest rates. In the long term, he’s bullish. “Now I’m extremely convinced that the next cycle is 10 times bigger than the last cycle,” he said, remarking on the increased interest and improved products. He sees the crypto sector as on the doorstep of some really big innovations.

“I was just looking at the ProShares Bitcoin Strategy ETF (BITO), which is going to be a year old next month. It’s a half a billion dollar fund, which to me is surprising that it found that much traction. But the next biggest product doesn’t even approach it,” Murphy said, “It’s sort of a one-hit wonder.”

The conversation turned toward how people and institutions get exposure to crypto and where the true value lies. There are three pillars of crypto exposure, according to Hougan: private, public, and liquid. He noted that a majority was in liquid assets. Murphy sees a bullishness to the story, but the stocks have been creamed.

“I think most of the value is going to accrue to the protocols themselves,” Hougan said, noting that funds like the Amplify Transformational Data Sharing ETF (BLOK) offer investors who can’t purchase the direct assets a concrete option for exposure to the space. Hougan said that crypto is the best-performing asset in the past 10 years, despite the pullback.

Speaking to the social aspect of crypto and the passion of its believers and scorn of its detractors, Hougan joked, “I think everyone who hates crypto hates it for superficial reasons,” while claiming that anyone who digs into it gets extremely intrigued.

Pivoting to bonds, Nadig said, “I think there’s a tremendous opportunity for bonds as a portfolio asset packaged in better ways.” Hougan agreed that fixed income and crypto are two of the most compelling spaces in the ETF world.

Speaking to the products that are gaining more attention this year, Murphy remarked, “This year has been a good reminder of the power of an alternatives ETF.” Nadig observed that there’s a lot of “academic nerdy” around portfolio construction these days.

The panel concluded by talking about the unique aspects of Future Proof. As an outdoor conference with a unique mix of attendees, the panel was eager to see how this event will unfold. “I am super excited for what’s going on the stages here. It’s voices we don’t always hear,” Nadig said. “The vibe is different, I think that actually allows you to make better connections with people.”