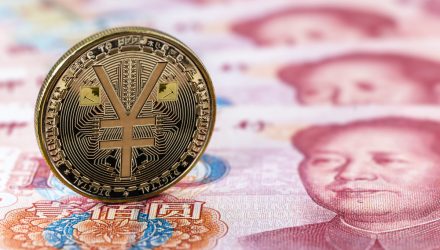 Crypto Versus the Digital Yuan

Originally at the forefront of cryptocurrency development, China has cracked down on crypto in the country in the past few months, driving out crypto miners and exchanges and banning crypto transactions via the People’s Bank of China.

Part of China’s motivation to crack down on crypto may be that crypto, particularly Bitcoin, is in direct opposition to the country’s goal of rolling out the digital yuan, a digital currency issued by the People’s Bank of China.

The digital yuan entered development about eight years ago, a few years after China began to emerge as a major player in the crypto space, with over half of the global hashrate (basically, bitcoin mining power) coming from miners in China.

According to Quartz, the first digital yuan trials began last year, and as of June, there were about 20 million users. Although the transaction volume is still comparatively small (about $5.3 billion) compared to the overall transaction volume of the yuan (about $2 trillion in retail e-commerce alone) digital yuan use is not insignificant and shows no sign of slowing down.

These concerns are driven by the Chinese government’s goals for its digital currency. First, China wants more oversight on monetary flows, purportedly to improve monetary policy and to prevent illicit monetary activities.

Second, it wants more control over and access to the spending data of the Chinese people, which is increasingly captured and held by private companies, many of which have been pressured to share this data with the Chinese government. Lastly, it wants to boost the international standing of the yuan.

Although the PBoC has said that the digital yuan will come with a level of anonymity, there are concerns about the fact that the PBoC will technically have the power to shut off account access or payments if it believes that there is an issue.

Cryptocurrencies, like Bitcoin, are therefore in direct opposition to the digital yuan, as Bitcoin allows for fairly anonymous peer-to-peer transactions without oversight.

Through this crackdown on crypto, the digital yuan will become one of the few digital currency options available to residents of mainland China, paving the way for its widespread adoption and success.

Despite all this, some Chinese crypto investors seem unfazed, even as the crackdown intensifies. According to a Bloomberg report, Chinese investors are continuing to buy bitcoin, and some are even using the price slump caused by the PBoC’s announcement that it was banning crypto transactions as an opportunity to buy at a lower price.

One source, a Shanghai-based investor referred to as Stephen, even told Bloomberg that “These policies are not new to us, so we view them as a buy signal,” before adding that an outright ban on holding digital assets was unlikely, because it could not be effectively enforced.