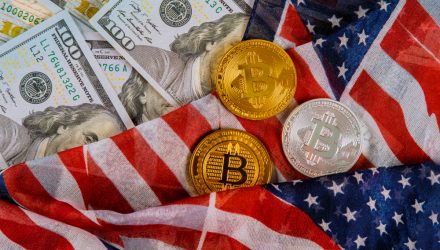 Gone are the days of crypto being some sort of new and experimental interest, relegated largely to those on the fringes who were passionate about its potential. The crypto industry is thriving, with cryptocurrencies surpassing the $3 trillion-mark last year when prices peaked before retreating back into the $2 trillion range, and that interest and growth has drawn the eye of Washington D.C.

The crypto caucus on Capital Hill is influenced by lobbyists from the crypto industry itself, reports Financial Times, as lawmakers work to bring definition to a space that President Biden showcased as an area of potential leadership for the U.S. in a recent executive order.

When the infrastructure bill was on the verge of being passed in Congress last year, Republican Senator Patrick McHenry, a long-time proponent of blockchain, realized that verbiage within the bill would have serious implications for crypto and worked hard to have the phrasing removed. While the bill ultimately passed with the wording that requires cryptocurrency brokers to report transactions and customer information to the relevant tax agencies, there has been bipartisan lobbying since then to alter this and educate Congress more broadly on crypto.

“[The infrastructure bill and crypto tax clause] was a big moment for us,” says McHenry, who is working to put forth a bill to better define crypto brokers. “It enabled me to expand the list of people who were interested in crypto legislation beyond the list of usual suspects.”

About the Crypto Caucus

The crypto caucus, made up of Congressional representation from Libertarians to Republicans, could become one of the most powerful blocs on Capitol Hill as the White House and related agencies seek to define and bring regulation to crypto in the U.S.

Representatives in the House include McHenry, Democrat Tim Ryan (who is sponsoring the Keep Innovation in America Act with McHenry), progressive Democrat Ro Khanna, and Republican Tom Emmer, who co-chairs the Congressional Blockchain Caucus in the House. Representation in the Senate includes the Innovation Caucus headed by Democrat Kyrsten Sinema, as well as Republican senator Cynthia Lummis, a strong proponent for and owner of bitcoin.

“In the last few months we have started to witness Republicans and Democrats talking more with an informed, non-partisan approach,” Emmer said. “We are going to become a very powerful policy tool for both the House and the Senate.”

Legislation currently being floated around Capitol Hill includes a proposed bill regarding stablecoin issuers and proof of tether of stablecoins to stable assets such as the U.S. dollar or Treasury, the definition of cryptocurrency as a security or commodity, and limiting the definition of who is considered a crypto broker for tax purposes.

As for the legislators being supported by the crypto industry, lobbying efforts have increased dramatically as crypto works to establish friendly, supportive, informed voices in Congress. Lobbying groups such as the Blockchain Association as well as the Chamber of Digital Commerce have set up more permanent roots, and the crypto industry is estimated to have contributed $7.2 million towards lobbying efforts in 2021.

“These caucuses are ground zero for the industry on Capitol Hill,” said Perianne Boring, president of the Chamber of Digital Commerce. “More and more people are getting up to speed on what is happening, and it is making a difference.”

Matt Hougan, CIO of Bitwise, believes that regulation is necessary for the industry to really thrive in the U.S., and the crypto caucus could eventually help to define those regulations.