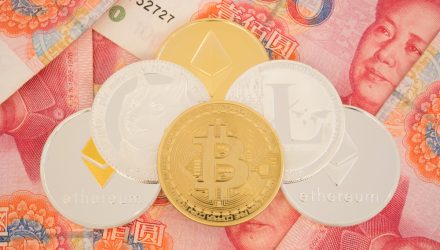 A global redistribution in cryptocurrency mining machines is going on following China’s banning of mining activities back in May.

The majority of the machines, a total of just over 2 million, have been sent to Russia, Kazakhstan, the United States, and Canada. Despite the ban, cryptocurrencies have had a banner year despite recent weakness.

“China’s ban on cryptocurrency mining in May triggered an exodus of miners and a global race to relocate millions of the clunky, power-intensive machines they use to solve complex puzzles and earn bitcoin,” the Financial Times reported. “Fourteen of the biggest crypto mining companies in the world have moved more than 2m machines out of China in the months following the ban, according to data gathered by the Financial Times. The lion’s share of machines was hastily moved to the US, Canada, Kazakhstan, and Russia.”

The Financial Times noted that one of the beneficiaries of this exodus was U.S.-based crypto mining company Bit Digital. The company hired an international logistics firm in order to bring the machines to the U.S., including another 1,000 still waiting for release from the Port of New York.

“We started our fleet migration in March 2020, which in hindsight was a great move. When the ban was announced we had 20,000 miners in China,” said Sam Tabar, chief strategy officer of Bit Digital.

Given this new mass supply of machines, crypto mining companies solved one problem but gained a new one in return—providing adequate space for the new machines.

“The focus of the market has shifted from a lack of equipment to a lack of space for its placement,” said Roman Zabuga, a spokesperson for BitRiver.

China may not be the only nation to start booting out crypto mining companies. Authority figures from Sweden’s Financial Supervisory Authority and Environmental Protection Agency called for more efficient ways to mine crypto in order to meet Paris Agreement goals regarding climate change.

“This corresponds to the household electricity of 200,000 households,” noted Erik Thedéen from the Financial Supervisory Authority and Björn Risinger from the EPA, in a Swedish newspaper. “It is a development that we need to stop.”

“If we were to allow large extraction of crypto assets in Sweden, we run the risk that our renewable energy will not be enough for the crucial climate changes that we need to make, like producing fossil-free steel, large-scale battery production, and electrification of our transport sector,” they added.