You are at:Home»Crypto Channel»Crypto Markets Rebound, Hit $2 Trillion for the First Time in Months 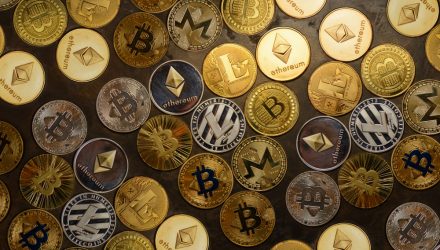 Wednesday saw the value of cryptocurrencies worldwide hit $2 trillion again, the first time they have done so since crashing almost three months prior, according to Forbes. Despite the looming potential of regulations by the SEC and Congress, crypto investors are proving optimistic again in a space that has seen extreme volatility of late.

Markets hitting the threshold marks recovery that many view as hopeful after the $1 trillion flash crash in May, as reported by CoinGecko, a cryptocurrency data tracking site. Bitcoin has hit a three-month high of $46,500 after testing new resistance at $45,000, rising a total of 19%. Ether and Binance coin, the next two largest cryptocurrencies, both were up greater than 20%, hitting their own three-month respective highs.

Renewed positivity in a space that has been rife with uncertainty as well as rising cryptocurrency prices could mean more traffic and demand for crypto miners and crypto exchanges, the movers and shakers of the crypto sector. Amplify ETFs invests in the major movers at the fundamental level of blockchain itself.

The Amplify Transformational Data Sharing ETF (BLOK), which now tops $1.2 billion in AUM and is the largest of the blockchain ETFs, is actively managed and invests in companies directly involved in developing and using blockchain technology.

The BLOK ETF spreads its holdings across the size spectrum: as of the end of June, the fund has a market capitalization breakdown of 45.7% of holdings in large cap companies, 24.8% in mid cap companies, and 27.2% in small cap companies.

BLOK has an expense ratio of 0.71% and currently has 44 holdings.