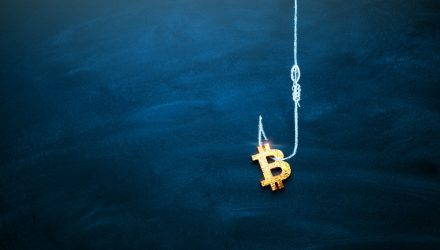 Lack of regulations within the U.S., the anonymous nature of cryptocurrencies, and the volatility of the crypto markets have been a beacon for fraudsters and scammers looking to take advantage of investors.

The Federal Trade Commission reported in May that between October 2020 and March 2021, more than $80 million was reported lost by over 7,000 people to scammers.

Compared to the previous year, that’s a 1,000% increase in reported losses.

No One Is Exempt from Being Targeted

One of the most surprising statistics is the ages of people that reported losses. Individuals between the ages of 20 and 49 were five times more likely to have been scammed in regards to cryptocurrency, with those between 20 and 30 years old as the group reporting greatest loss.

Traditionally, this age group of investor has had a low starting asset base and is least able to afford financial mistakes, given the significant debt load many young people shoulder as they exit college and enter the workforce.

Scammers utilize a variety of means to con investors out of their money, including bogus investment websites that purport to offer various investment tiers, with greater returns as you invest more money. Also popular are giveaways that are supposedly sponsored by a well-known entity and which promise to multiply any cryptocurrency sent in.

Instead, individuals who invest find that they are unable to withdraw their money in the first case, or that they have simply sent cryptocurrency to a scammer’s wallet.

Scammers have impersonated the Social Security Administration, popular crypto exchange Coinbase, and others. One such scam was by the creators of the “LUB Token” who claimed to be building a crypto exchange based on the Telegram messaging app, as reported by the Wall Street Journal. The website has since been taken down but claimed to provide a 10% daily return rate for its cryptocurrency.

DeFi is particularly enticing because it typically offers yields on crypto assets much greater than standard interest rates. Between January and April, DeFi scammers stole $83.4 million, more than double than the year prior, according to Ciphertrace.

The FTC issued the following guidelines to watch for as red flags when looking to invest in cryptocurrency: “Promises of guaranteed huge returns or claims that your cryptocurrency will be multiplied… The cryptocurrency itself is the investment.” If someone, whether a caller, organization, or otherwise, is very insistent about their cryptocurrency scheme, it is most likely a scam.