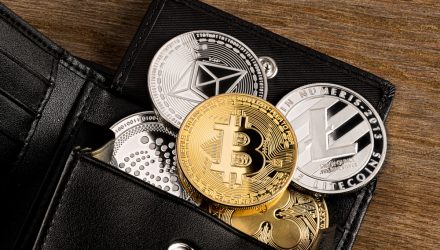 It’s long been said that fans of bitcoin and other cryptocurrencies favor the asset class due to decentralization and the fact that central bank interference isn’t part of the equation.

It’s also frequently noted that the world of digital assets often looks like the Wild West and could benefit from more regulation. Some policymakers are aiming to bring that regulation to bear. Earlier this week, Rep. Don Beyer (D-VA) introduced the Digital Asset Market Structure and Investor Protection Act, which would bring digital assets under the same regulatory purview as standard financial assets.

“Digital assets and blockchain technology hold great promise, and it is clear that assets like Bitcoin and Ether are here to stay. Unfortunately, the current digital asset market structure and regulatory framework is ambiguous and dangerous for investors and consumers,” said Beyer in a statement.

As Beyer notes, while assets like bitcoin and ethereum are taking off and aren’t going anywhere, the broader crypto market for years has experienced “rampant fraud, theft, and market manipulation.”

The Perils of Cybercrime

As many as 46 million Americans own bitcoin and other digital coins, and many have experienced fraud or loss of assets due to cybercrime.

“Many of these digital asset market participants, who are primarily average Americans rather than large institutional investors, have been victims of theft during trading platform hacks, or been exposed to significant market manipulation or frauds such as Ponzi schemes,” said Beyer.

Previously, many crypto devotees would have cringed at the idea of more regulation, but some are softening their stance on the matter, realizing that more oversight can help the asset class gain more mainstream acceptance and speed along the adoption curve.

Beyer’s proposal arrives as the IRS taking a more watchful eye toward crypto investors, signaling it wants to crack down on those using bitcoin and other digital assets to avoid paying their fair share of taxes.

As for his bill, it aims to provide “legal and regulatory certainty for digital assets,” enhanced protection for retail investors, and more transparency in reporting requirements.