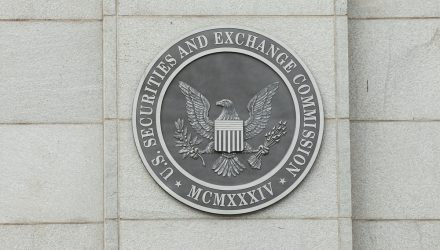 In an interview Tuesday, SEC Commissioner Hester Peirce told Coindesk that the nature of crypto assets may force the Commission to move faster on modernizing custody rules than it would otherwise.

Speaking independently, not on behalf of the Commission, Peirce said that while it was the SEC’s job to issue regulatory guidance, because of the nature of digital assets, existing custody rules weren’t a straightforward fit.

“The bottom line message I have is that we have work to do in modernizing our custody rules all across the board,” she said. “I think, as with many other areas, crypto may force us to do that modernization faster than we otherwise would do.”

SEC’s Lack of Guidance Could Be Hurting Investors

Peirce was speaking to financial advisors on best practices for crypto assets in regards to their clients portfolios, when she said that, “advisors have a fiduciary responsibility to properly understand the asset class on which they’re advising their clients.”

While the SEC is the regulatory body that provides such financial guidance, current cryptocurrency custody rules give little to no guidance to advisors.

Peirce believes that the lack of guidance by the SEC in the crypto space could ultimately be hurting investors “not only because some of the products that people are using are less convenient and more expensive than an exchange-traded product [ETP] would be, but also that they can’t go to someone like an adviser and get help,” she said.

While Peirce thinks the market infrastructure could be ready for a Bitcoin ETP—and, indeed, is asked daily when a Bitcoin ETP is coming—her main concern is that investors are potentially being hurt by being forced to go outside of regulated securities space to deal in cryptocurrencies.

Peirce has long been considered to be more amenable to crypto assets, having put forth her Token Safe Harbor Proposal, a guideline for cryptocurrency start-ups that includes a built-in 3 year grace period before federal securities laws would apply, as CoinDesk reported.

In her interview, Peirce said that the language that comes out of the SEC can often times come across as too cautionary, when, ultimately, the agency isn’t looking to make any judgment calls.

With several crypto asset ETFs before the SEC for review, much attention has been paid to the regulatory agency. A recent paper released by the agency earlier this month warned investors of the volatile nature of Bitcoin, suggesting more stringent reporting requirements.

Although Peirce was careful not to speak on the chances of an approval of one of the ETFs, she did say that approval could equate to more retail investors, something that financial advisors would want to capitalize on.