You are at:Home»Crypto Channel»Coinbase Valued at $100 Billion as Its IPO Approaches 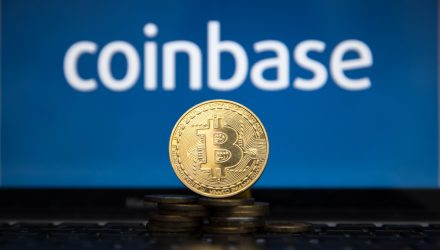 Coinbase Valued at $100 Billion as Its IPO Approaches

Coinbase, one of the dominant cryptocurrency exchanges, is nearing its debut as a public company with a valuation pegged at $100 billion.

Rather than commence a traditional IPO, the company is using a direct listing and will trade under the ticker COIN. The shares will list on Nasdaq. A regulatory filing related to the listing confirms Coinbase is profitable and that 2020 revenue more than doubled from the prior year.

Coinbase operates one of the largest digital currency exchanges. The company also launched the Coinbase Index Fund in 2018. The fund is available only to accredited investors defined as those with an annual income of $200,000 or a net worth of $1 million or more. The minimum investment is $10,000 and the fund has an annual management fee of 2%, according to Coinbase. However, the bulk of its revenue comes from trading fees.

The Coinbase IPO comes at a pivotal time for the cryptocurrency realm, with market observers speculating the offering could prop up an asset class that’s recently endured some downside.

“The move is likely to play a role in pushing cryptocurrencies like Bitcoin and Ethereum further towards mainstream adoption just a few months on from PayPal adopting crypto onto its payments platform,” reports FXStreet. “But after an end to February that saw BTC shed 25% of its value, could Coinbase going public play a significant role in preventing more bearish patterns from taking place and instead give investors more cause for optimism in digital finance?”

Coinbase’s ascent to $100 billion is staggering for many reasons, including the fact that it was valued at $8 billion in October 2018.

“Coinbase began in 2012 when former Airbnb engineer, Brian Armstrong, and Goldman Sachs trader, Fred Ehrsam joined forces to establish an exchange that would make investing and trading in cryptocurrencies more straightforward and fair,” according to FX Street. “Armstrong and Ehrsam’s idea proved to be inspired, and today the platform has over 43 million retail users and 7,000 institutional clients. There are also 115,000 partners based in over 100 countries worldwide.”