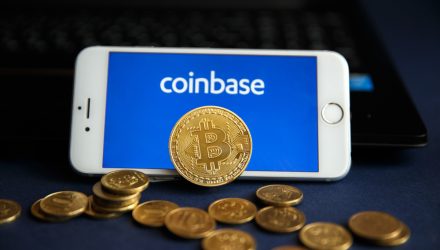 Coinbase (COIN) released its Q1 earnings in a letter to shareholders yesterday that saw quarterly profits soar, even as the company still fell short of expectations in several key metrics, according to CNBC.

Net profits rose to over $771 million, more than four times what the company reported at the end of 2020, with a net revenue of $1.8 billion.

Coinbase hit other highs in its letter to shareholders, particularly in its user growth: monthly transacting users more than doubled to 6.1 million, up from 2.8 million in Q4 of 2020. Verified users were over 56 million.

Coinbase’s fortunes depend heavily on how well the crypto assets it trades are doing. First quarter 2021 saw “all time high prices, high levels of volatility, and increased interest across the entire cryptoeconomy” that drove high levels of engagement with the platform, the company said.

Bitcoin and Ethereum both doubled their prices in the first quarter, contributing to trading volumes of $335 billion on Coinbase, most of it concentrated in Bitcoin (39%) and Ethereum (21%). This was more than triple the trading volume of the last quarter of 2020.

Despite these numbers, Yahoo! Finance reported the company still fell below what analysts had expected. Analysts had anticipated a revenue of $1.81 billion versus the $1.8 billion that Coinbase hit, as well as an earnings per share of $3.09, as opposed to the $3.05 the company reported.

When Coinbase went public in April, shares were $381 a share but have dropped since, opening at $276.46 on Thursday.

Coinbase’s reliance on the trading fees is also something that investors should watch for, as 94% of its net revenue came from transaction fees.

Coinbase acknowledged in its letter that there are an increasing number of competitors who are offering services and products that the crypto platform can’t compete with, or are offering crypto assets with large growth that it currently does not. Competitors taking more market share could significantly impact Coinbase’s revenue.

Coinbase shared in its earnings call, per Seeking Alpha, that it would begin carrying Dogecoin in six to eight weeks.