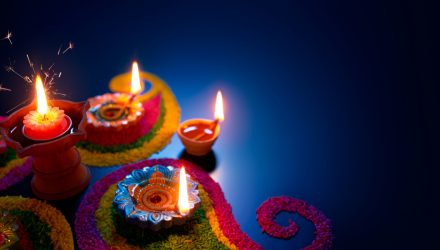 Top crypto platforms in India have hired Bollywood stars, including Amitabh Bachchan, one of the most influential actors in Indian cinema, to promote cryptocurrency investments ahead of Diwali, Bloomberg reports.

Diwali is a major festival celebrated by many people in India. Diwali is associated with Lakshmi, the Hindu goddess of prosperity. According to Bloomberg, Dhanteras, the first day of the festival, is the most favorable day in the Hindu calendar to buy gold.

Some contemporary Indians see the day as an auspicious time to purchase metals and home goods, as well as appliances, automobiles, and real estate, and some people include stocks and other assets in their Dhanteras purchases.

Crypto exchanges CoinSwitch Kuber and CoinDCX are trying to present bitcoin as another investment option. Bollywood stars have appeared in advertisements, touting the benefits and basics of investing in crypto.

Celebrity endorsements could help crypto go mainstream in India, where the government initially banned crypto before lifting prohibitions in March of 2020.

The Reserve Bank of India has remained skeptical of cryptocurrencies and has advocated for an outright government ban.

Interestingly, Amitabh Bachchan, who has appeared in advertisements for CoinDCX, previously appeared in RBI campaigns against bank fraud. The RBI has met with Bachchan to explain its concerns about cryptocurrencies, and an insider told Bloomberg that the Bollywood star may be reconsidering working with CoinDCX.