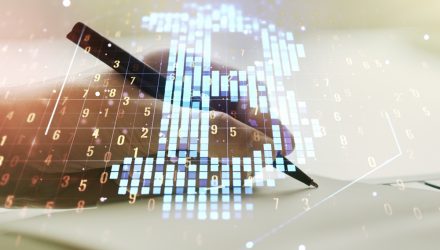 Compared to other asset classes, bitcoin is young, but the largest digital asset by market value isn’t a stranger to jaw-dropping price forecast.

In the form of a reiteration, another recently arrived for bitcoin when venture capitalist and noted bitcoin bull Tim Draper reiterated his view that the cryptocurrency could surge to $250,000 next year. That implies an upside of more than 12 times from where bitcoin resided as of Nov. 7.

“The new time horizon from the well-known venture investor came after he first predicted in 2018 that Bitcoin would hit that mark in 2022. This had come after Draper correctly predicted that Bitcoin would surpass $10,000 by 2017 back in 2014,” reports Fredrik Vold for CryptoNews.

For investors that want to participate in some of that potential upside while not directly owning bitcoin, SATO is a relevant solution. The Invesco ETF allocates 16.37% of its weight to the Grayscale Bitcoin Trust BTC (GBTC), ensuring the ETF has more-than-adequate leverage to bitcoin price action.

The remainder of SATO’s 39 holdings are stocks with the “crypto-correlated” designation. That further enhances  SATO’s ability to deliver bitcoin participation to investors without forcing them to own the digital asset directly. That could be an attractive trait going forward.

“Tim Draper has been a well-known investor in early-stage tech companies for several years now. Among his best-known investments are companies like Tesla, SpaceX, Robinhood, and Skype,” according to CryptoNews. “Draper has said he first bought Bitcoin in 2011 on now-defunct Bitcoin exchange Mt. Gox but lost it all when Mt. Gox collapsed. He still did not lose faith in the cryptocurrency, and in 2014 he won a US Marshals Service auction for nearly 30,000 BTC at a price of $472 per coin.”

Bolstering the case for SATO is that the ETF’s roster includes some high-quality stocks that could be due to bounce back next year, regardless of how bitcoin performs. Those include Goldman Sachs (NYSE: GS), JPMorgan Chase (NYSE: JPM), Microsoft (NASDAQ: MSFT), and Nvidia (NASDAQ: NVDA).