You are at:Home»Crypto Channel»‘BLOK’ Monthly Review: A Volatile June for Crypto Investors 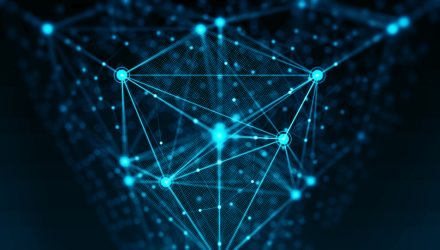 June was a volatile, eventful month for cryptocurrency markets, as China cracked down on its domestic crypto mining industry. Many investors and funds, including the Amplify Transformational Data Sharing ETF (BLOK), took the opportunity to shift their crypto investments, buying direct exposures at reduced prices.

BLOK is an actively managed ETF and the first of its kind to track companies in the blockchain industry.

All the volatility was actually a positive for BLOK, which rebounded 4.04% in June, despite Bitcoin’s price plunge, as the ETF’s active management team took advantage of the volatility to reallocate the portfolio.

China’s regulatory shutdown of cryptocurrency and Bitcoin mining resulted in a massive drop in crypto mining activity within the country, which had previously been responsible for roughly 65% of Bitcoin processing, according to June’s “The BLOK-Chain Monthly” from Amplify.

As a result, the hash rate (the number of mines actively operating online) plummeted, and Bitcoin prices tanked.

Before the crackdown, it had taken roughly 10 minutes for a new block to be added to the blockchain, but with a large core of the operating power gone from the system, computational times rose up to 20 minutes last month.

The Bitcoin Satoshi algorithm automatically adjusted accordingly on July 3rd to make mining 28% easier in compensation for the missing processing power. It was the largest adjustment in the history of Bitcoin and stands to increase gross margin substantially in the interim as mining operations shift elsewhere.

The report also provided insight about the Bitcoin Mining Council (BMC), an industry group comprised of independent firms that aim to provide education and information on Bitcoin.

As the physical locations of crypto mining operations shift, the BMC points out that new locations like the United States are more focused on sustainability.

As Bitcoin prices fell, BLOK took the opportunity to invest in mining and transactional platforms, as the fund’s advisors remain bullish on Bitcoin’s long-term prospects.

Mining provides high profit potential, and the fund increased its exposure to HIVE Blockchain and added BIGG Blockchain. Mining now accounts for 23.46% of the total portfolio.