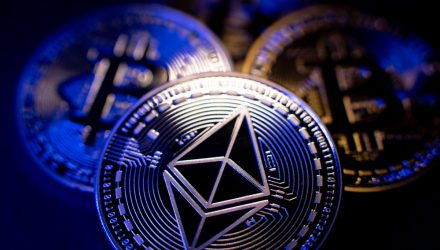 Cryptocurrencies continued to push and set new records as ether, the native token of the Ethereum blockchain, climbed to new highs on Monday. Ether was up more than 4%, hitting above $4,700, and bitcoin was edging closer to its recent high of $66,900, gaining 7% to hit right around $66,250, reports CNBC.

The crypto space is known for its volatility, and while it is unclear as to any specific reason for the recent price gain, price movements in excess of 20% are not uncommon, both in gains and losses. The growing popularity of crypto and decentralized finance (DeFi) in particular continues to push the sector in a positive direction.

“Importantly, the uptick doesn’t seem to be leverage-driven but rather results from the increased demand on the spot market where there’s currently very little sell-side liquidity,” Mikkel Morch, executive director of ARK36, a crypto hedge fund, said in an email to CNBC.

DeFi is built primarily on the Ethereum network for now, with decentralized exchanges such as Uniswap running on the Ethereum blockchain technology, as well as many non-fungible tokens (NFTs) being hosted on the network.

The Ethereum network is one that continues to grow via updates; a major upgrade called Altair recently went live last month in the ultimate culmination of what will be Ethereum 2.0, in which crypto mining for ether would become obsolete. The long-term aim is to make the network much more energy-efficient; the current model, built on proof-of-work, is a highly energy-intensive one that relies on crypto mining and vast amounts of electricity.

The plan is for the Ethereum blockchain is to move to a proof-of-stake model, which would drastically reduce the energy consumption of the entire network. The most recent update has enabled Ethereum to currently run both models until its eventual conversion next year.

The recent approval by the SEC and launch of bitcoin futures ETFs has helped boost the space and has seen bitcoin hit its new high of almost $67,000 in October.

The Amplify Transformational Data Sharing ETF (BLOK), which now tops $1.37 billion in AUM and is the largest of the blockchain ETFs, is actively managed and invests in companies directly involved in developing and using blockchain technology. BLOK was also the first blockchain ETF approved by the SEC and launched in 2018. 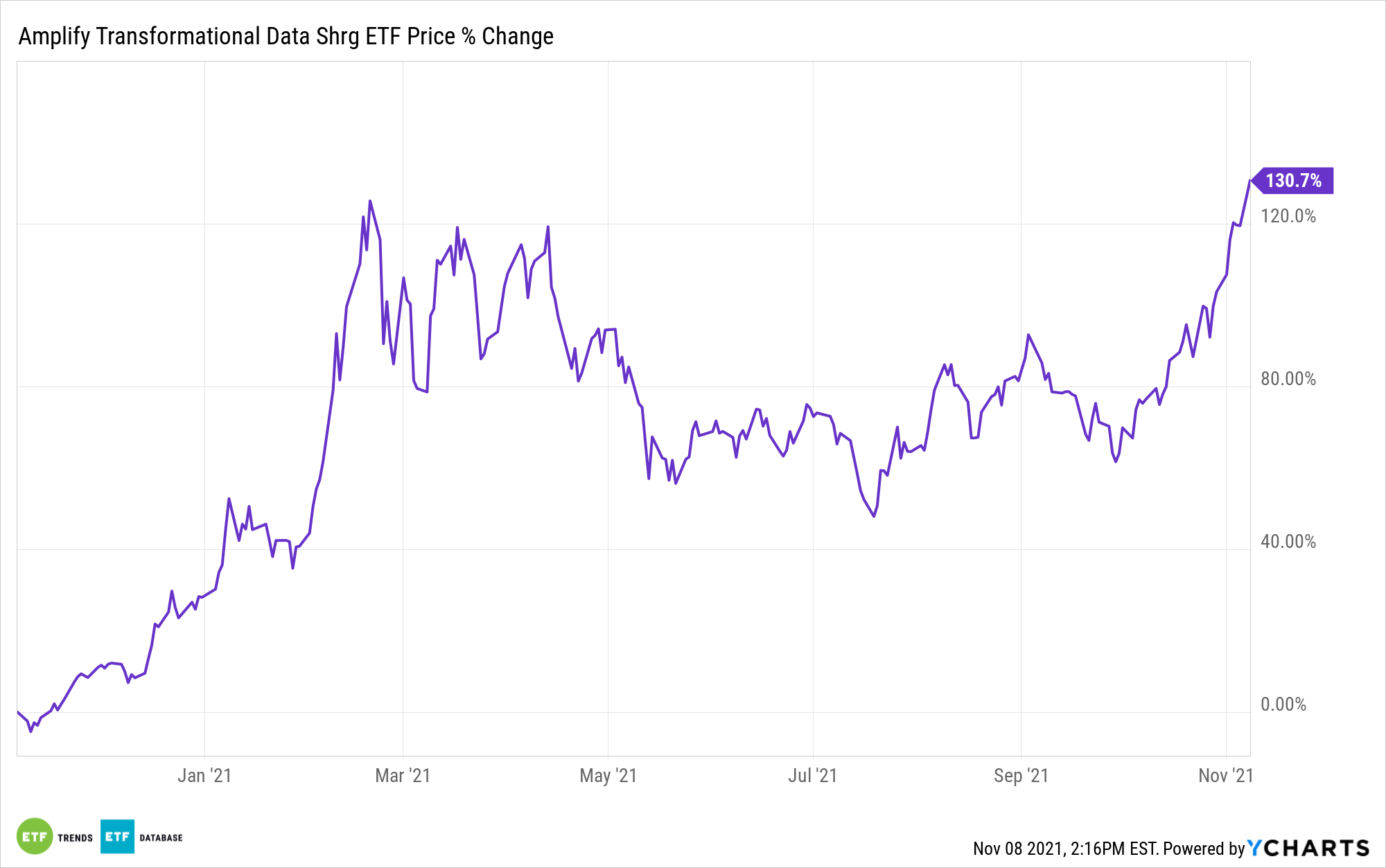 BLOK spreads its holdings across the size spectrum, investing in all market caps. Within the blockchain industry, top allocations included transactional at 30.0%, crypto miners at 28.0%, and venture at 10%, as of the end of September. BLOK invests across the blockchain landscape, in miners, exchanges, and developers.

BLOK has an expense ratio of 0.71% and currently has 49 holdings.