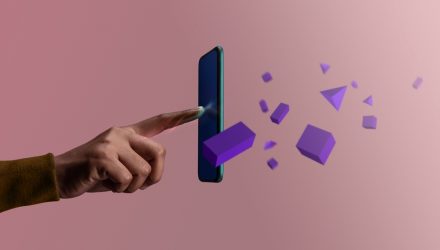 The demise of FTX is pressuring multiple corners of the cryptocurrency ecosystem and having the predictable effect of challenging investors’ willingness to hold digital assets, including crypto-correlated equities.

While FTX’s collapse is having a contagion effect — which some experts argue the extent of which isn’t fully known — some corners of the crypto industry are proving surprisingly resilient. Those include blockchain-based gaming, which has long been seen as an important growth driver for broader blockchain adoption beyond digital currencies.

That positivity could be a plus for exchange traded funds such as the VanEck Digital Transformation ETF (DAPP). For its part, DAPP recently showed signs of perking up, gaining almost 4% last week.

“Despite the FTX collapse, Web3 games continue to be a driving force for the dapp industry. In October and November, gaming activity accounted for almost half of all blockchain activity tracked by DappRadar across 50 networks, with 800,875 daily Unique Active Wallets (UAW) interacting with games’ smart contracts in November,” reported DappRadar.

The evolution of blockchain gaming underscores the broader usage for related technologies. While that usage case has long revolved around serving as the digital ledger for digital currency transactions, investors are awakening to the point that there’s much more to the blockchain story.

The “more” includes applications with digital identification, medical records, real estate, wills and trusts, gaming, rewards platforms, and much more. Add to that, the intersection of blockchain and gaming is pertinent in the nascent non-fungible token (NFT) market.

Perhaps bolstering the blockchain thesis — and gaming is relevant on this point, too — is the technology’s applications within the metaverse, which is another young market that may have ample growth potential.

“Even though the investments in blockchain-based games and Metaverse projects declined in the past months, $534 million was raised in October and November. It is also worth noting that many projects focused on building Web3 gaming infrastructure. Examples of these are Horizon Blockchain Games and Fenix Games, which have both raised a total of $190 million,” concluded DappRadar.