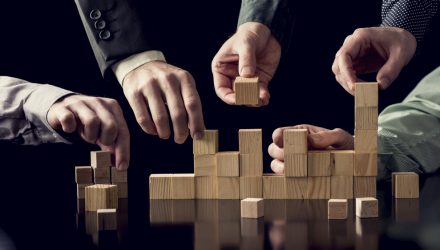 Block Is Crypto-Correlated, but There’s More to the Story

Block (NYSE:SQ), the company formerly known as Square, fits the bill as a crypto-correlated stock. That’s the result of its fintech roots and due in part to the ability of Cash App customers to buy and sell bitcoin.

As a result of those traits, shares of Block are off almost 61% year-to-date. Indeed, that decline is also the result of Block being a large-cap growth stock, therefore belonging to one of the corners of equity markets incurring significant punishment this year. However, there’s much more to the Block story than just simple crypto exposure.

The company has a diverse portfolio of assets, including Square — the pioneer in point-of-sale technology for mobile and small businesses — and Cash App. In fact, Cash App is major driver of the company’s growth.

“The company’s effort to build out a consumer business surrounding its Cash App creates option value, and we see more uncertainty on this side of the business,” noted Morningstar analyst Brett Horn. “Block is competing in a space with winner-take-all dynamics, and its competitors have large consumer customer bases, which we think justified some initial skepticism. However, Cash App’s performance compared with peers has been relatively strong, suggesting it is positioning itself to be a longtime leader in the space. But the long-term economics of this business remain somewhat uncertain.”

Not only is Cash App a platform on which users can buy and sell bitcoin, they can also buy and sell equities and efficiently transfer money to family and friends. Additionally, Cash App offers traditional banking services, and it’s fast becoming a bank of choice for many people who were previously unbanked or underserved by traditional financial institutions. Translation: Bitcoin is a small part of Cash App’s overall growth.

Cash App is also testing a small loan feature that would allow users to borrow $20 to $200 at rates far more favorable than what payday lenders offer. At an investment conference in September, Square told analysts and investors that Cash App has 47 million users, up from 44 million at the end of last year. Looking ahead to 2023, management discipline could be a catalyst for a rebound in Block shares.

“While management did not provide 2023 revenue guidance, they expect to maintain significant cost discipline by lowering the non-GAAP expense growth rate through reduced hiring and spending in low return-on-investment experimental projects,” said Evercore ISI analyst David Togut in a recent report on the fintech stock.