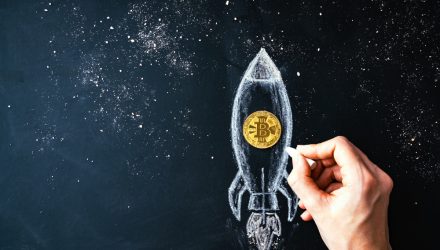 There is no shortage of ambitious or dismissive Bitcoin price forecasts. Yet some market observers believe the largest cryptocurrency can ascend to $75,000 or $80,000 this year.

“One of the most interesting parts of our report, released in late February 2021, is the illustration of how the stock-to-flow ratio was used to accurately predict the movement of the bitcoin price from $4,000 in March 2019 to about $50,000 in February 2021,” says the research firm in a post on Bitcoin Magazine. “Stock-to-flow ratio is primarily a gold valuation model. The fact that it works better on bitcoin than most of the other models gives credence to the belief of many that bitcoin is digital gold.”

See also: Bitcoin Is All the Rage, But DeFi Could Be Even Bigger

Bitcoin halving will play a role in further price appreciation.

“In 2024, the bitcoin subsidy, the new coins released to circulation, will reduce from 6.25 BTC approximately every ten minutes to 3.125 BTC. In 2020, the mining subsidy dropped from 12.5 BTC. The subsidy halving happens every four years, making bitcoin a deflationary asset, which we believe is one of the main bullish drivers of its price,” according to Wave Financial.

And don’t forget about corporate adoption.

“Meanwhile, increasingly, mainstream corporate entities and investment firms have embraced bitcoin as a reserve asset,” adds the research firm. “For example, MicroStrategy, a Virginia-based tech company, has taken the lead on this path. The company, founded by Michael Saylor and Banju Bansal in 1989, HODLs about 90,859 bitcoin, worth over $2.186 billion. The company’s latest addition to its holding was a late February purchase of an additional 328 bitcoin for about $15 million at an average price of $45,710 a bitcoin.”