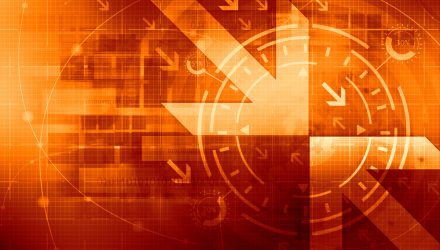 Bitcoin Still King: Investors Should Separate It From Other Digital Assets

Despite a recent pullback, bitcoin remains the largest cryptocurrency, sporting a market capitalization of $708.18 billion, as of late February 3.

As seasoned crypto investors know, bitcoin’s dominance and success prompted scores of other digital tokens to come to market over the years. To be specific, there are now 9,341 different digital coins, including bitcoin, according to Coinmarketcap.com.

That’s a staggering number, and it’s large enough to imply that plenty of constituents in this space aren’t as relevant as the largest players, such as bitcoin and ether, among others. Along those lines, some market observers argue that bitcoin, from an investment perspective, should be separated from the rest of the group. That could put a spotlight on the Grayscale Bitcoin Trust (GBTC).

That sentiment underscores the long-term potential of GBTC. The index fund has $23.39 billion in assets under management, as of February 3, and follows the CoinDesk Bitcoin Price Index.

Adding to the relevance of GBTC is that it’s an efficient, secure avenue for investors of all stripes to gain initial exposure to digital assets. From there, they can explore other cryptocurrencies and the potential utility of those assets in their portfolios.

“Investors should hold two distinctly separate frameworks for considering investment in this digital asset ecosystem,” adds Fidelity. “The first framework examines the inclusion of bitcoin as an emerging monetary good, and the second considers the addition of other digital assets that exhibit venture capital-like properties.”

Another trait in favor of GBTC is scarcity. As in, there will only ever be 21 million bitcoin tokens mined, and in reality, even when that number is reached, the supply is likely to be far less due to some being locked behind lost passwords. That limited supply bolsters bitcoin’s monetary policy credibility.

“One of the greatest characteristics of bitcoin’s properties is its scarcity. Not only is bitcoin scarce (bitcoin’s current inflation rate of 1.8% is roughly equal to gold’s inflation rate at the moment), but unlike gold it is also provably finite,” concludes Fidelity. “There will only ever be 21 million bitcoin. No other digital asset possesses an immutable monetary policy on the level of bitcoin. In other words, bitcoin’s monetary policy may be viewed as the most credible.”