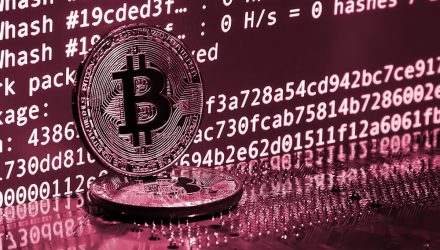 Bitcoin Starts 2023 Strong, but There’s Work to Be Done

Bitcoin is up more than 4% to start 2023, and the total market capitalization of the cryptocurrency space is on the mend to start the new year, but plenty of work remains to regain previous highs.

After bitcoin, the largest digital asset, shed roughly two-thirds of its value in 2022 and some other cryptocurrencies performed even worse, some crypto enthusiasts believe that things can’t get much worse in 2023. Naysayers see things differently, and while that debate will be settled as 2023 unfolds, bitcoin volumes are recently muted, and some smaller investors have departed the market.

“Cryptocurrency spot trading volumes remain similarly muted after slumping about 48% in December versus the previous month to $544 billion, their lowest level since December 2019, CryptoCompare data showed,” reported Reuters. “While lower trading volumes are common around the turn of the year, the crypto market apathy has been exacerbated by a ‘general exodus’ of active retail investors, according to Arcane Research.”

In recent weeks, buyers stepped into the bitcoin market at prices ranging from $16,000 to $17,000 — it’s slightly above the latter as of late Monday — indicating that’s a credible support range. Additionally, there are signs that volatility is waning, which has often given way to large moves over bitcoin’s history.

“Additionally, funding rates for perpetual bitcoin futures have been positive since Dec. 19, according to Coinglass data, meaning traders are betting on prices to rise and will pay to keep their long positions open,” according to Reuters.

Still, crypto bears argue that the FTX contagion is at play and crypto bank Silvergate Bank (NYSE:SI) recently announced layoffs, which is viewed as a negative, albeit a short-term one for the space. There’s also a sense that macroeconomic issues, including inflation, rising interest rates, and the specter of recession, among others, could crimp crypto’s comeback efforts.

“On the other hand, cryptocurrencies remain at the mercy of macroeconomic headwinds as worries whirl around a slowing global economy,” noted Reuters. “Economic uncertainty could send investors running for the safety of the U.S. dollar , which tends to be inversely correlated to bitcoin, said Dalvir Mandara, quantitative researcher at MacroHive.”