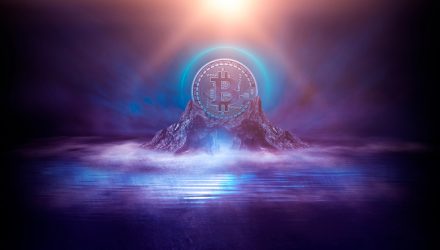 Follow the cryptocurrency space long enough, and one is sure to encounter some arguably outlandish forecasts. As the largest digital currency, bitcoin is often an epicenter of some wild ones.

Although bitcoin endured a drubbing this year, shedding roughly two-thirds of its value, it’s still easy to locate price projections that call for massive appreciation. Some crypto market observers even believe it’s possible that bitcoin will one day trade at $1 million. That would represent a jump of roughly 59x from current levels.

Jan3 CEO Samson Mow claimed that bitcoin could reach $1 million over the next five to 190 years, citing rising debt levels in major economies and the inability of some central banks to adequately deal with inflation.

This scenario could “happen very rapidly… It just sort of happens overnight, and then you are shoveling cash into a wheelbarrow,” he said in an interview with Marco Oehrl of Investing.com.

Bitcoin and other digital assets received some much-needed relief on Tuesday when the November reading of the Consumer Price Index (CPI) showed a decline to 7.1%. Proving the sensitivity of crypto assets to positive inflation news, BLKC and SATO gained 0.93% and 1.06%, respectively, following the CPI report.

Easing inflation could prove pivotal for bitcoin and ETFs such as BLKC and SATO because while the cryptocurrency was once thought of as “digital gold,” its inflation-fighting reputation has rightfully been called into question this year amid the aforementioned price weakness.

As for bitcoin technicals, if it can continue notching incremental upside, it could have upside to $18,533 before encountering another resistance area.

“The cryptocurrency broke through the support of the 23.6% Fibo retracement of $16,986 yesterday, while the daily low was formed at $16,878. However, the daily closing price was above the Fibo retracement, which raises the possibility of a recovery toward the 38.2% Fibo retracement of $17,841. This resistance is reinforced by the 55-day MA of $17,993 and the immediate proximity to the psychological mark of $18,000,” according to Investing.com.