You are at:Home»Crypto Channel»Bitcoin Balance Sheet Opportunities Accessible With VBB 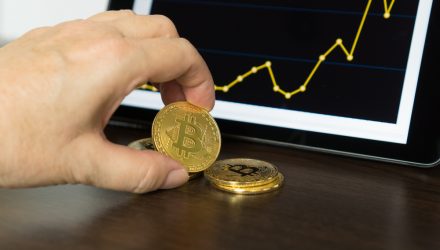 One of the drivers of bitcoin evolution is corporate-level adoption of the largest cryptocurrency — not just as a form of payment, but as a balance sheet asset.

That’s right — an increasing number of well-known companies are holding bitcoin on their balance sheets or are considering doing so. That movement could unveil opportunities with select exchange traded funds, including the Valkyrie Balance Sheet Opportunities ETF (VBB).

Actively managed, VBB debuted last December. Owing to the fact that bitcoin as a balance sheet asset is still a new phenomenon, there’s some flexibility in the new ETF. VBB’s roster can include “companies that invest in or have any portion of their assets accounted for by direct bitcoin holdings, including companies that hold or transact in relatively small amounts of bitcoin,” according to Valkyrie.

To the point of flexibility, VBB can allocate up to 20% of its roster to companies that don’t meet the aforementioned bitcoin balance sheet mandate as long as firms in that 20% have some involvement in the digital asset ecosystem.

Not surprisingly, MicroStrategy (NASDAQ:MSTR) and Tesla (NASDAQ:TSLA), perhaps two of the most well-known corporate holders of bitcoin, combine for over 24% of the ETF’s roster. Coinbase (NASDAQ:COIN), the operator of the largest regulated crypto exchange, accounts for almost 10% of the fund’s weight.

There are valid reasons for companies to consider holding even a small percentage of their cash on hand in bitcoin. Namely, interest rates in the U.S. are at historic lows, and even when the Federal Reserve commences its tightening cycle, rates will remain low on an absolute basis, meaning that companies’ holdings dollars are barely generating any interest, let alone gaining potential for notable appreciation. Bitcoin offers upside potential.

“As the price of bitcoin grows, the balance sheet assets of each company increase in value. In fact, even after accounting for moves in the US equity market, the price of bitcoin is a key driver of the returns to publicly traded software company, Microstrategy’s stock,” according to Valkyrie research.