You are at:Home»Crypto Channel»Binance Investigation Sparks Fear in Crypto Markets 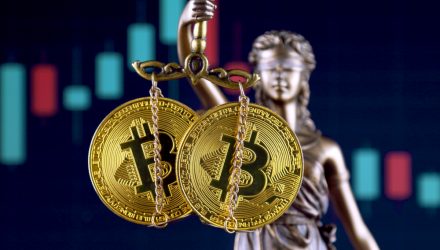 According to a bombshell report in Bloomberg, Binance Holdings Ltd., the world’s largest cryptocurrency exchange, is under investigation by the Internal Revenue Service and the Justice Department.

Anonymous sources told Bloomberg that officials specializing in the investigation of money laundering and tax evasion are now questioning individuals with knowledge on Binance’s business.

In an emailed statement to Bloomberg, Binance spokeswoman Jessica Jung said: “We take our legal obligations very seriously and engage with regulators and law enforcement in a collaborative fashion. We have worked hard to build a robust compliance program that incorporates anti-money laundering principles and tools used by financial institutions to detect and address suspicious activity.”

No Stranger to Investigations

Thus far, Binance has functioned mostly outside of U.S. governmental oversight, as it is incorporated in the Cayman Islands. It has an office in Singapore but lacks a single corporate headquarters.

Binance is no stranger to investigations. An investigation last year by Chainalysis, a blockchain forensics firm used by U.S. federal agents, concluded that more funds connected to criminal activity went through Binance than any other crypto exchange.

Bloomberg also reported in March that the U.S. Commodity Futures Trading Commission was investigating if Binance had allowed Americans to make illegal trades in buying derivates that are linked to digital tokens, something U.S. residents cannot do unless the firm is registered with the CFTC.

The officials currently investigating Binance include prosecutors from the Department of Justice’s bank integrity unit and the U.S. Attorney’s Office in Seattle.

Meanwhile, the IRS scrutiny dates back months, “with their questions signaling that they’re reviewing both the conduct of Binance’s customers and its employees,” another source told Bloomberg.

The investigation and its implications are another blow in a week that already saw the SEC expressing lack of confidence in the cryptocurrency markets, citing lack of investor protection and a need for greater regulations in the crypto and Bitcoin futures markets.

In an interview with Barron’s, BTIG analyst Mark Palmer said markets are signaling that this is the “start of a long-feared crackdown on the crypto space by the U.S. government.”