You are at:Home»Crypto Channel»Binance Faces Global Crackdown, Even as CEO Says Company Has ‘Room To Grow’ 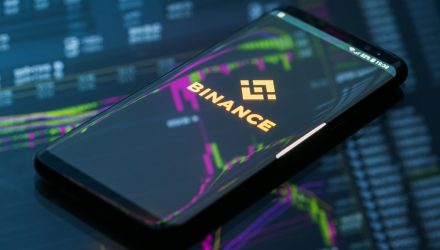 Binance Faces Global Crackdown, Even as CEO Says Company Has ‘Room To Grow’

Multiple countries have taken action against Binance operations in their countries in the past few weeks.

At the end of June, the UK published a warning that Binance’s UK division, Binance Markets Limited, was not authorized to conduct regulated activity in the country.

Around the same time, Japan’s financial regulator issued a warning that Binance was also not registered to do business in Japan, according to a Coindesk report.

That same week, Binance pulled out of Ontario, Canada’s most populated province, after other crypto exchanges, including Bybit, had actions filed against them for failing to comply with Ontario securities laws.

Thailand’s SEC, meanwhile, has filed a criminal complaint against Binance for operating in the country without a license. According to the SEC announcement, Binance had failed to meet a deadline for responding to an earlier warning.

Several other countries have issued consumer warnings about Binance, including Poland and the Cayman Islands.

Binance CEO, Changpeng Zhao, published a blog post on July 6th addressing increased the regulatory scrutiny, and saying that “compliance is a journey – especially in new sectors like crypto.”

Zhao said that the company was taking steps to improve its compliance with regulators, including growing its international compliance team, partnering with anti-crime organizations such as the United Nations Office on Drugs and Crime and Interpol for working groups and seminars, and localizing its operations.

He added that “Binance has grown very quickly and we haven’t always gotten everything right, but we are learning and improving every day.”

Zhao highlighted Binance’s work with various law enforcement agencies cracking down on cybercrimes, as well as the limits and protections it has in place on higher-risk products “to encourage responsible trading.”

Cryptocurrencies have faced increased regulatory scrutiny across the board this year. U.S. regulators have continued to stall approval of crypto ETFs and even IPOs of companies involved in crypto trading.

Cryptocurrencies have had a particularly volatile year, with the price of Bitcoin reaching an all-time high of around $65,000 in April, only to fall sharply a few months later.