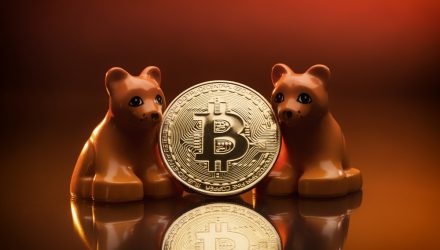 Bearish on Bitcoin? There Could Be an ETF for That

Late last year, ProShares first introduced the ProShares Bitcoin ETF (BITO) to get bullish on bitcoin prices via futures. Now, the company will be adding more tactical exposure to the leading cryptocurrency with an inverse ETF.

Given the Securities and Exchange Commission allowing the listing of BITO, it should hopefully be a smooth path to the New York Stock Exchange for an inverse bitcoin ETF. It will certainly add to a trader’s arsenal, allowing them to play both sides of the volatility coin (literally) with bitcoin.

“ProShares nailed the SEC’s openness for a futures ETF and so there’s no reason to doubt them here, especially because BITO trading has been fine, it clearly works,” said Eric Balchunas, senior ETF analyst at BIoomberg. “This could mean the SEC is ready to take the next baby step.”

BITO played a large role in catapulting bitcoin to its November all-time high with it becoming the first U.S. ETF to focus on the leading cryptocurrency. While crypto purists may be skeptical about a futures ETF, it can work for investors looking for alternate exposure on a traditional market exchange.

Canadian ETF provider Horizon ETFs actually has an inverse bitcoin fund, BITI, that trades on the Toronto Stock Exchange. The fund is designed to provide daily investment results that track 100% the inverse (opposite) of the daily performance of an index that replicates the returns generated over time through long notional investments in bitcoin futures.

Per its product sheet, some of the key features of the ETF include: