You are at:Home»Crypto Channel»As El Salvador Delves Deeper Into Blockchain, Give Algorand a Closer Look 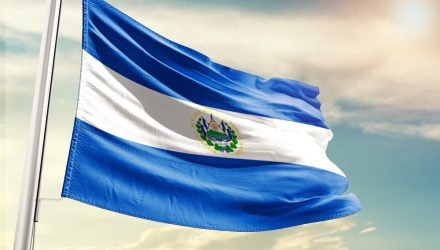 As El Salvador Delves Deeper Into Blockchain, Give Algorand a Closer Look

The country of El Salvador fired a salvo into the fiat currency space, making it known that it would adopt bitcoin as legal tender while also delving deeper into the blockchain ecosystem.

In addition to bitcoin’s adoption, the country is looking into building out its own blockchain infrastructure with the help of Algorand. The company offers its own blockchain platform that utilizes smart contracts, which is similar in digital architecture to Ethereum.

Similarly, it offers an open source infrastructure so users can tailor their own decentralized financial system to their needs. This is where El Salvador is looking to use Algorand’s digital architecture, which offers scalability given its operation in the Layer-1 blockchain, to create a state-supported BTC wallet.

A Cointelegraph article noted that the wallet “is designed to enable individuals and businesses to send payments in Bitcoin or dollars from anywhere in the world. The wallet is available on Android and iOS, allowing users to automatically convert Bitcoin transactions into dollars or keep their Bitcoin holdings and later withdraw them in cash from 200 Bitcoin ATMs installed across the country.”

“Algorand’s selection by El Salvador is perhaps the most significant vote of confidence the project has received to date, which can lead to further large-scale adoption as other governments and institutions watch to see how the project progresses,” another Cointelegraph article noted.

Should the project prove successful, this could encourage other countries in Latin America to start embracing digital currencies in similar fashion. The prospect of that alone certainly pushed prices up for Algorand’s native currency Algo, which was currently trading just under $2 as of November 1.

While the currency’s all-time high was above $3, it’s starting to trend higher and could touch or pass that level as more potential investors get exposure to Algorand. Nonetheless, the currency is up almost 450% on the tailwinds of a bullish year for cryptocurrencies in general.

Where to Invest in Algorand

Investors who like the prospects of Algorand certainly have options other than investing in the digital currency directly. One way is via a fund like the Valkyrie Algorand Trust.

One of the highlights of the fund is the dual benefit of price increases in Algo and income.

“Professionally managed by seasoned asset managers, the trust invests exclusively in Algorand’s native currency, ALGO, and aims to offer investors cost-efficient, secure and effective access,” the fund provider’s website says. “VALGO aims to provide an annualized 4-6% yield in addition to the total return of ALGO and is IRA eligible from certain providers.”