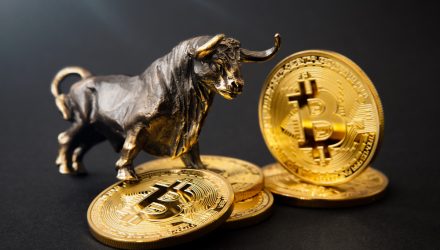 Analysts Still See Bullishness Ahead for Bitcoin Despite Recent Pullback

Bitcoin coming back down to earth close to $60,000 is all a part of a healthy pullback, and analysts still foresee bullishness ahead.

Part of the reason for the recent sell-offs could be long-time holders exiting their positions. With the leading cryptocurrency reaching close to the $70,000 mark, profit-taking is contributing to the outflow of capital.

“Long-term holders of Bitcoin appear to be taking profits, reducing net holdings for the first time since May, according to blockchain data provider Glassnode and Fundstrat Digital Asset Research,” a Barron’s article reports.

The outflows from profit-taking measures, however, are being counterbalanced with new investors taking positions in bitcoin, according to Fundstrat analysts. This offset leads analysts to believe that more bullishness lies ahead for bitcoin.

In an effort to become more energy efficient and reduce its carbon footprint, China is starting to crack down on cryptocurrency mining activities. This could also be a factor contributing to bitcoin’s recent decline.

“Chinese authorities are ramping up a crackdown on crypto mining, calling it an ‘extremely harmful’ practice that threatens to jeopardize the country’s efforts to reduce carbon emissions,” CNN reports. “The National Development and Reform Commission spokesperson Meng Wei blasted bitcoin mining during a press conference Tuesday in Beijing. She said that activity ‘consumes lots of energy’ and ‘produces lots of carbon emissions.’”

This isn’t the first time that China has made overt moves to tamp down on cryptocurrency activities. The country has been using its regulatory muscle to try and prevent financial activity that circumvents government control.

The recent crackdowns don’t necessarily reflect China’s dismissal of cryptocurrencies as a whole. The country has already been talking about releasing a digital version of its fiat currency — the yuan — as a central bank digital currency (CBDC).

Like every drastic step, the move to a digital yuan doesn’t come without its detractors. Critics have panned the idea as a way for China’s government to exercise increased control.

“I think CBDCs right now are running the risk of being massively overhyped and under-delivering,” said Garrick Hileman, head of research at crypto company Blockchain.com. “The questions that need to be discussed to design an effective CBDC — like privacy, like surveillance — are things that are way above the paygrade of every central banker.”