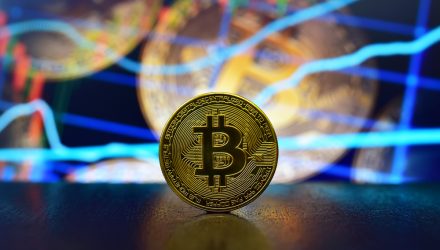 Analyst Explains How Bitcoin Could Reach $773,000

After heavy sell-offs to start the first half of 2022, bitcoin’s price has been relatively stable, but can it gain momentum to reach $773,000? One analyst thinks that a confluence of factors could propel the leading cryptocurrency to such levels.

One way is with an influx of institutional money; big players in the capital markets have the financial sway to be able to make such moves in the crypto market. Enter global investment firm BlackRock with its $10 trillion in assets under management.

The two announced they would be teaming up to allow high net worth individuals to use Blackrock’s Aladdin platform to purchase bitcoin and other cryptocurrencies. Access through BlackRock’s platform will work in conjunction with Coinbase Prime, allowing for seamless integration.

“We combine these capabilities with leading security, insurance, and compliance practices to provide institutional clients of Coinbase with a full-service platform to access crypto markets at scale,” the blog added.

InvestAnswers noted on YouTube that the path to $773,000 essentially begins with a healthy infusion of cash. BlackRock brings a war chest of capital with it, and that could compound to further gains in bitcoin’s price.

Here’s the breakdown, as reported by The Daily Hodl:

“If BlackRock puts 0.5% of their assets under management into Bitcoin using my multiplier which is 21x, that will impact the market cap by $1.05 trillion, which will add about $75,000 to Bitcoin’s price, taking it to $98,000, and an ROI (return on investment) from today’s price is 326%. This is very, very achievable…

For investors who share the same bullishness, one way to get exposure, particularly to the leading cryptocurrency bitcoin, is to opt for an exchange traded fund (ETF) that exposes investors to bitcoin futures. This is available in the ProShares Bitcoin ETF (BITO), which relies on an active management strategy that adds an extra layer of volatility protection by putting the investments in the hands of market professionals.