You are at:Home»Crypto Channel»Amazon Could Stoke Fires of Bitcoin Rally 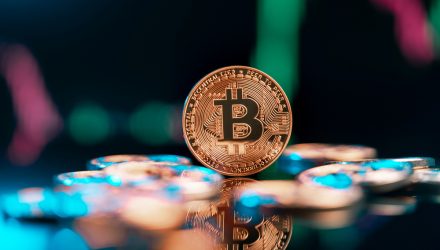 Bitcoin was recently sparked higher by “The B Word” crypto conference, which took place last week. At that event, ARK Investment Management founder, CEO, and CIO Cathie Wood, “Technoking” of Tesla and chief engineer of SpaceX Elon Musk, and Jack Dorsey, CEO of Twitter and Square – three of the foremost names in crypto – spoke on myriad topics relating to bitcoin and the digital asset ecosystem.

The subsequent rally proved to have some legs as the largest digital currency flirted with $40,000 over the weekend. Speculation that e-commerce and cloud computing juggernaut Amazon (NASDAQ: AMZN) is mulling some form of crypto exposure could further propel bitcoin. That speculation is being stirred by a recent job posting for a “Digital Currency and Blockchain Lead.”

“The Payments Acceptance & Experience team is seeking an experienced product leader to develop Amazon’s Digital Currency and Blockchain strategy and product roadmap,” according to Amazon. “You will leverage your domain expertise in Blockchain, Distributed Ledger, Central Bank Digital Currencies and Cryptocurrency to develop the case for the capabilities which should be developed, drive the overall vision and product strategy, and gain leadership buy-in and investment for new capabilities.”

What’s Next for Amazon and Crypto

It remains to be seen if this is a step toward Amazon accepting crypto as a form of payment or perhaps holding bitcoin on its balance sheet.

When Musk’s Tesla recently announced it was holding bitcoin on its ledger, that sent the digital asset soaring while conjuring speculation which companies could be next to do so. Along with Apple (NASDAQ: AAPL), Amazon was frequently mentioned as a possibility.

“Martin Gaspar, a research analyst with crypto markets firm Crosstower, also sees momentum building. If Amazon announces that it will accept payments in Bitcoin, or at least facilitate payments for its merchants, it would be another sign of mainstream validation for crypto, he said,” reports Daren Fonda for Barron’s.

Should Amazon begin accepting bitcoin as a form of payment, it would be a significant boon to the digital coin’s adoption and usage cases because the company is the largest internet retailer. It could be taken as a sign that bitcoin is increasingly going mainstream – something crypto bulls have been clamoring for some time.

As for near-term price action, bitcoin is headed higher if a short squeeze continues, notes Gaspar.

“And a recent wave of short bets may be washing out. More than $1 billion in Bitcoin was liquidated in the last 24 hours as bearish investors who had borrowed Bitcoin or derivatives sold their positions to meet margin requirements, he said,” according to Barron’s.