You are at:Home»Crypto Channel»Alt Coins Are Helping to Increase Institutional Interest in Crypto 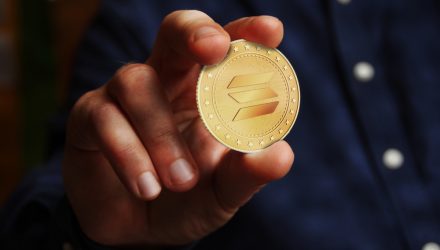 Alt Coins Are Helping to Increase Institutional Interest in Crypto

Bitcoin and ethereum may soak up the majority of the digital currency spotlight, but it’s been alt coins that have been helping to drive institutional investor interest in crypto.

OkCoin, a San Francisco-based cryptocurrency exchange, noted that trading volume has risen within the past year by institutional players entering the crypto space. Institutional money has been flowing into mostly stablecoins that mimic fiat currency like the U.S. dollar and decentralized tokens.

“OkCoin said it had seen a 450% increase in the number of institutional customers on its platform between September 2020 and September 2021, as well as a 124% increase in institutional trading volume over the same period,” a Coin Telegraph article said. “According to the report, 53% of the purchases institutional investors made in September were for altcoins. In addition, the customers showed ‘a greater appetite for non-Bitcoin crypto assets’ compared to previous years.”

In particular, institutional money has been favoring alt coins that are still relatively new. This move runs counter to what institutions have been doing in the past, which is pour money into coins with a track record of at least four years.

“Institutional activity on the platform is indicative of macro sentiment among large-scale investors, with clientele including asset managers, venture capital and hedge funds, retail brokers, payment processors and other entities around the globe,” said OkCoin.

What Are Institutional Investors Buying?

It appears that over the past month, a lot of institutional investors have been buying up blockchain ecosystem Solana, or, more specifically, its cryptocurrency SOL. Like Ethereum, Solana is one of the open-sourced blockchain ecosystems that’s garnered attention as of late for its mining efficiency and scalability.

“Other firms in the crypto and blockchain space have reached similar conclusions based on data from trading platforms,” the Coin Telegraph report noted. “In September, analytics firm Chainalysis reported that transactions of more than $10 million accounted for over 60% of DeFi transactions in Q2 2021. CoinShares also reported that over a week in September, institutional interest in Solana (SOL) far exceeded that of Bitcoin (BTC) and Ether (ETH).”

The rise of Solana has crypto market pundits dubbing it as the next Ethereum or even better. One of its defining features is using proof of history as its consensus algorithm as opposed to proof of work, leading to faster transaction processing.

“With its price skyrocketing more than 100 times since the beginning of the year, its potential is becoming impossible to ignore,” said deVere CEO Nigel Green.