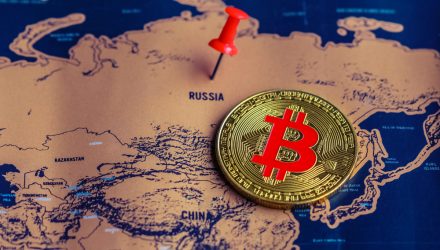 A Reuters article notes that crypto firms located in the United Arab Emirates are experiencing a swarm of Russian customers who are trying to exit large cryptocurrency positions in order to re-allocate them into safe haven assets.

According to the article, Russians are heading into more tangible assets like fiat currency and real estate. Western sanctions amid Russia’s invasion of Ukraine are certainly fueling this flight.

Reuters notes that a fear of frozen assets is causing this large movement of money in herds.

“We’ve had like five or six in the past two weeks. None of them have come off yet – they’ve sort of fallen over at the last minute, which is not rare – but we’ve never had this much interest,” an executive said in the Reuters article.

Dubai has been seeing heightened activity for its real estate market. A number of Russian investors are bringing their cryptocurrency with them and swapping it out for real estate.

“We’ve been seeing a lot of Russians and even Belarusians coming to Dubai and bringing whatever they can bring, even in crypto.”

Escaping From a Falling Currency

Since the invasion of Ukraine, Russia’s native currency, the ruble, has been seeing downward pressure. Year-to-date, the U.S. dollar to the Russian ruble exchange rate is almost 40% higher as global inflation also takes its toll on the currency.

“They’re basically trying to protect themselves against the inflationary pressures that are happening against the Russian currency. So crypto has been a very good exit for them to manage the risks that they’re facing,” said Apurv Trivedi of Healy Consultants. “It’s a good liquidity provider for them.”