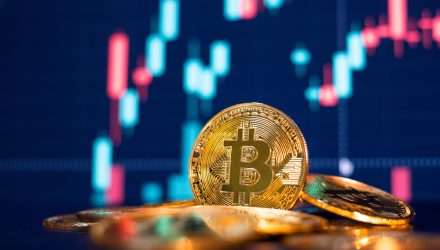 As Bitcoin continues to gain global use, more countries are adopting it as legal tender. El Salvador set the bar and now two territories have adopted the leading cryptocurrency as well, according to Forbes.

Per Forbes, Prospera, which is a jurisdiction in Honduras joined Madeira, an autonomous region in Portugal, in adopting Bitcoin as legal tender. In the case of Prospera, residents will avoid capital gains taxes on Bitcoin but will need to pay taxes and fees to the jurisdiction accepting Bitcoin.

The same precedent also applies to Madeira as political leaders from both territories backed the move. Prospera’s president hopes that the move will also help provide “an incredible way to bring foreign direct investments to the part of the world that needs it most.”

“I believe in the future and I believe in bitcoin,” said the President of the Government of Madeira, Miguel Albuquerque, during a Bitcoin 2022 conference in Miami, Florida.

The supply of Bitcoin in circulation is now over 19 million, meaning there are less than 2 million coins left to be mined. That scarcity should open up traders to playing future price increases in exchange-traded funds (ETFs) like the ProShares Bitcoin ETF (BITO).

Along with its more tangible cousin, gold, VanEck sees heavy upside for the digital version of gold as well. According to a note, VanEck cited Western sanctions against Russia as having depleted reserve currencies in the dollar, the euro, and the yen.

This should only push demand for Bitcoin to stratospheric levels. Stratospheric as in potentially $1.3 million for one coin.

“The bottom line is that the upside for gold and Bitcoin is potentially dramatic,” the note said. “Specifically, the framework estimates gold prices of around $31,000 per ounce and potential Bitcoin prices of around $1,300,000 per coin. Adjusting for greater strains on financial and monetary systems generates even higher prices.”