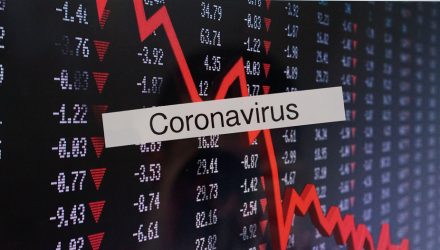 The coronavirus pandemic has upended businesses across the world, but the exchange traded fund industry only faltered before regaining its footing after the breakout caused a brief disruption on the pace of new listings.

Some observers have argued that the Covid-19 pandemic may have been a catalyst to disrupt the seemingly endless new ETF ideas coming out while others believe asset managers are only readjusting themselves before bringing new products to market.

For instance, Ben Johnson, director of global ETF research at Morningstar, warned that “firms are going to be reluctant to launch a new product in a market that has been as volatile as we have experienced this year”, the Financial Times reports.

On the other hand, Deborah Fuhr, co-founder of ETFGI, contended that initially “people went into a rabbit hole and didn’t know what to do”, as they halted plans on new ETF launches.

However, now they “are realizing this is the new normal and they need to get on with their work. They are not going to [be able to]go out and do roadshows and meet in person and play golf. The use of webinars has increased and will continue to increase. The use of digital [channels]as a way to get information on products is increasing,” Fuhr added.

ETFGI data revealed that 239 ETFs and exchange traded products were launched around the world over the first four months of 2020. While this was the lowest number of new launches in the January to April period since 2014, it was not dramatically below previous years’ numbers over the same period.

Furthermore, as the world economy adjusted to its new reality, new ETF listings surged to 83 in May and 113 in June, outpacing the previous June record of 86 set in 2016, and bringing the six-month total to 435, or on pace with the first-half new offerings for 2018 and 2019.

Anaelle Ubaldino, a quantitative financial adviser at Koris International, sounded a word of caution to the surge in ETF launch activity, pointing out that 228 products were launched in the first quarter of the year or well above the 198 in the same period last year, but launch activity is now drying up across some regions, such as in Asia-Pacific markets, after a delayed reaction to the pandemic-induced financial problems.

“The coronavirus crisis hit the world in January. ETF launches in the first quarter were not affected, and were slightly up in Apac, but we are now seeing the impact of the crisis,” Ubaldino told the Financial Times, attributing delayed reaction to the months it takes to construct an ETF, get regulatory approval and arrange to list it on an exchange.

“If they are stopping the process now, the consequences of the crisis will show up in a few months,” Ubaldino added.