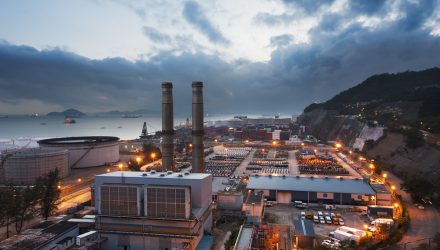 A federal appeals court annulled a Trump administration rule that would have eased restrictions on greenhouse gas emissions from power plants, potentially paving the way for the incoming Biden administration to set the country’s rules on climate change.

The Trump administration tried to rollback Obama-era greenhouse gas emission standards for power plants, but a three-judge panel of the U.S. Court of Appeals for the District of Colombia argued that it was unclear what standards would be applied to what they warned of inevitable court cases due to the arbitrary nature of allowing states to set their own individual measures, with no clear standard at all, as Darrell Proctor detailed for PowerMag.

“The question in this case is whether the Environmental Protection Agency [EPA] acted lawfully in adopting the 2019 Affordable Clean Energy Rule [ACE Rule], as a means of regulating power plants’ emissions of greenhouse gases. It did not,” the court wrote in its unsigned opinion.

The panel ruled to send the Affordable Clean Energy (ACE) rule, which was intended to replace existing standards, back to the Environmental Protection Agency. If upheld or unchallenged, it would undo a major Trump administration environmental initiative that would have allowed states and electric utilities more flexibility on how they addressed heat-trapping gasses, the Wall Street Journal reports.

The ruling would have mostly affected the nation’s coal-fired power plants and coal industry, which has come under heavy pressure as the world focuses on fighting against climate change and polluting greenhouse gases.

“We are disappointed that the panel majority rejected EPA’s well-supported repeal of the Clean Power Plan and its regulation of [greenhouse gases]from coal-fired power plants in the Affordable Clean Energy Rule. The decision risks injecting more uncertainty at a time when the nation needs regulatory stability. EPA is reviewing the decision and will explore all available litigation options,” EPA spokesperson Molly Block said in a statement.

On the other hand, the decision could make it easier for the incoming President-elect Joe Biden to fulfill a campaign promise to limit the power industry’s harmful emissions. Biden has promoted the elimination of carbon-dioxide emissions from the power sector by 2035 as well as a broad shift toward green energy.