You are at:Home»Fixed-Income»A Cost-Effective Way to Broad Bond Exposure 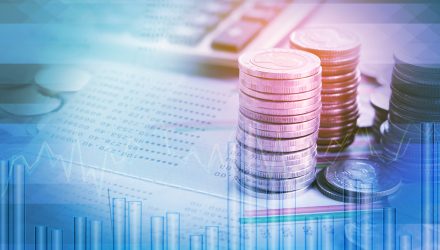 BND holds nearly 8,300 bonds, nearly two-thirds of which are U.S. Treasuries or mortgage-backed securities (MBS). The ETF has an average duration of 6.1 years. Duration gauges a bond’s sensitivity to changes in interest rates. Many bond market participants expect the Federal Reserve to raise interest rates for the third time this year at its December meeting.

Due to its cap-weighted methodology, BND holds highly-rated bonds, which limits credit risk.

“The portfolio’s bias toward highly rated securities provides a safety net against market downturns, but it also limits its return potential,” said Morningstar. “The fund’s annual return of 4.1% over the trailing 10 years through October 2017 was behind the average return of its surviving peers by 20 basis points. Its risk-adjusted return, as measured by Sharpe ratio, was slightly behind the category average as well.”

Morningstar has a silver rating on BND.